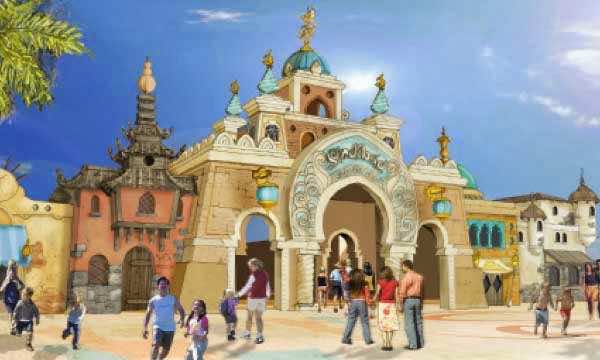 The Mayor of Casablanca told the Huffington Post Maghreb that the amusement park will officially reopen on Wednesday. Morocco’s only amusement park, is expected to host tourists and locals who will enjoy a variety of traditional rides and activities.

In addition to the traditional rides, such as the roller coaster, dizzying dodgems, slides, and paddleboats, there will also be a zoo and an archaeological park. The zoo covers half of the park, and will exhibit animal species from five continents.

The relaunch was set for May 25, but local authorities were forced to delay the reopening to an unknown date because the modifications were not finished.

Prices are expected to be affordable for everyone. The ticket prices have been estimated at MAD25 ($2.90 US) per person and MAD 70 ($8.10 US) for a family of four members.

With the entrance tickets, families will be able to enjoy various attractions within the park, but some games will be paid games whose ticket price is estimated at MAD 15 ($1.80 US).

Sindibad Amusement Park has been given a lease for life. The park will provide hotel rooms located near the coast, with views of Casablanca’s coastline. It will also have shops, a clubhouse, a beach club, a forest with picnic areas, and trails dedicated for walking and cycling.

The Sindibad Amusement Park originally opened in 2006, before it had to close its doors for refurbishment.