Rabat - A Muslim woman in Australia has saved the life of a young girl who was seconds away from being hit by a 400-ton train at a western Sydney train station over the weekend. 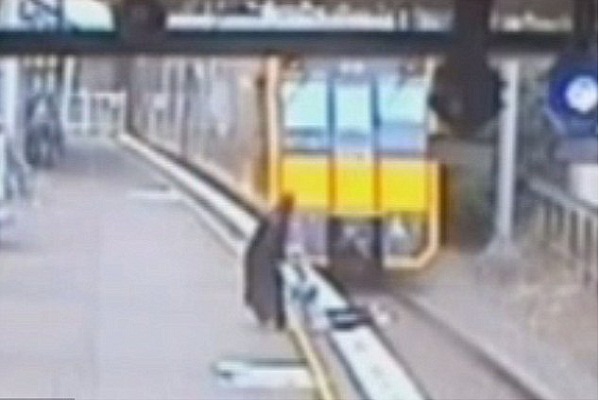 Rabat – A Muslim woman in Australia has saved the life of a young girl who was seconds away from being hit by a 400-ton train at a western Sydney train station over the weekend.

CCTV caught the moment two girls were playing at Flemington Station with a hula hoop on Sunday when it suddenly rolled off the platform on the train tracks.

One of the girls jumped off the platform onto the tracks in order to reclaim the hula hoop. However, on her way back, the young girl struggled to climb back onto the platform.

It was at that a moment when a Burqa-wearing Muslim woman intervened to rescue the little girl by pulling her from the tracks a split of a second before being hit by an oncoming train.