Rabat - Mohamed Lahna, a 33 year-old Moroccan athlete from Casablanca, jumps all of life’s hurdles to prove he is a sporting powerhouse. 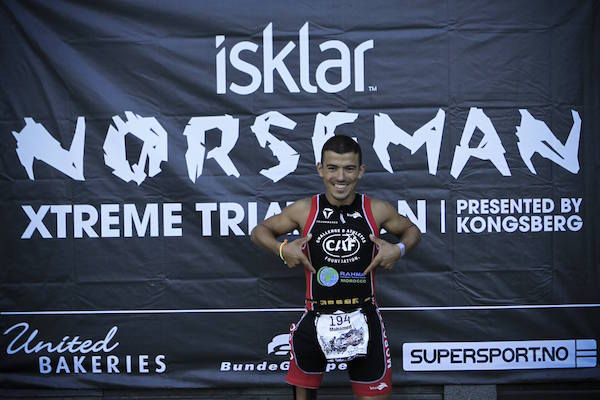 Rabat – Mohamed Lahna, a 33 year-old Moroccan athlete from Casablanca, jumps all of life’s hurdles to prove he is a sporting powerhouse.

In an exclusive interview with Morocco World News, the Moroccan athlete described his life and the greatest events in his journey, which started in Morocco in 2004 when he began with the Organization National des Handicapes (IDMAJ). “I started biking for the first time in 2004 thanks to the ‘Service des Anciens Combattant de l’Ambassade de France a Casablanca’, especially Mr. Bernard and Mr. Patrice Ascargorta, an expert prosthetist, who became my best friend. He played a major role in my athletic career; he helped me get all the equipment and needs to start triathlons,” Lahna expressed.

Money is actually one of the main obstacles he has faced in his career, like many professional athletes around the world, and especially in triathlon, which is an expensive sport due to its three different disciplines in one. “I started my triathlon venture in 2008, and I managed to keep racing by working hard and making money to buy sports equipment and travel. I even asked for help from my friends and some organizations like CAF,” Lahna told MWN.

“Nowadays, I am trying to qualify for the 2016 Paralympics; it is a different adventure, and I have to race a lot to earn points. I could get professional equipment and have more time for training. I am so lucky to join the first Arab Triathlon Team (Alameda O.N. Tri Team). I was able to race the ITU circuit this year and get enough points to qualify for the World Championship in Chicago, which is the main event to qualify for Rio 2016,” he added.

Among his major accomplishments, he joyfully shared, “Last year racing in the Ironman World Championship in Kona, Hawaii was the greatest event in my life, especially since I was the first African paratriathlete to achieve this, as well as finishing the Marathon des Sables in 2013, which was an incredible lifetime experience.”

Lahna sees athletics as an experiment to reach limits, both “physically and mentally” through a preferred discipline. He has won several worldwide awards and medals. He recently competed to win the African Championship in Egypt, the National Championship in Swimming in 2011, and obtained Silver Medal at the Triathlon World Championship in Beijing.

When people first see pictures of Mohamed, many ask what happened to his leg; actually, he did not become disabled in a sport or road accident. He has a birth defect known as proximal femoral focal deficiency (PFFD).

Currently, he plans to do a mega triathlon in Morocco, starting from Tangier to Lagouira with Nacer Ben Abdjeljalil, the first Moroccan to climb Mount Everest. “Next month I will race the Triathlon World Championship in Chicago. I hope to qualify for Rio 2016, because Morocco is the only country with a paratriathlete in the Arab World and North Africa”.

Before fully immersing in athletics, Mohamed was a graphic designer in Morocco. He worked for Saga Communications for 7 years, where he acquired many interesting experiences. “I learned a lot through my employment in Morocco. My workmates were so nice, they helped me a lot, and it was an arduous task to satisfy clients. The job was interesting, but entailed many hours of work in order to get recognition.” 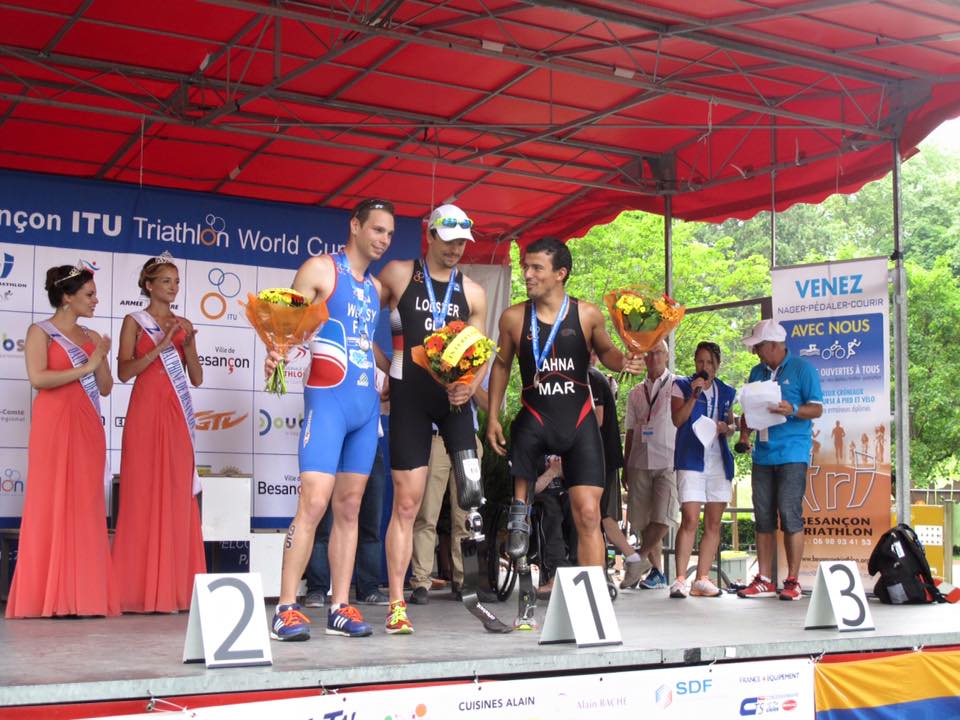 Mohamed moved to California, USA four years ago, and he is a student at the College of San Mateo majoring in Mechanical Engineering. He is married and also a father. “At my leisure, I devote more time to my family; I am the father of a three year-old boy,” he said.

He resents the ‘excessive sympathy’ of Moroccan society for the disabled. “Our society shields disabled people. It is okay if they do not do well in school, it is okay if they do not work.” Therefore, he believes sports is one of the best ways to help disabled individuals integrate into society. “Whether for fun or professionally, sports help us accept and embrace our disability and not be afraid to face society and be in the public eye,” he concluded optimistically. “I hope one day to stop talking compassionately about disabled persons.” 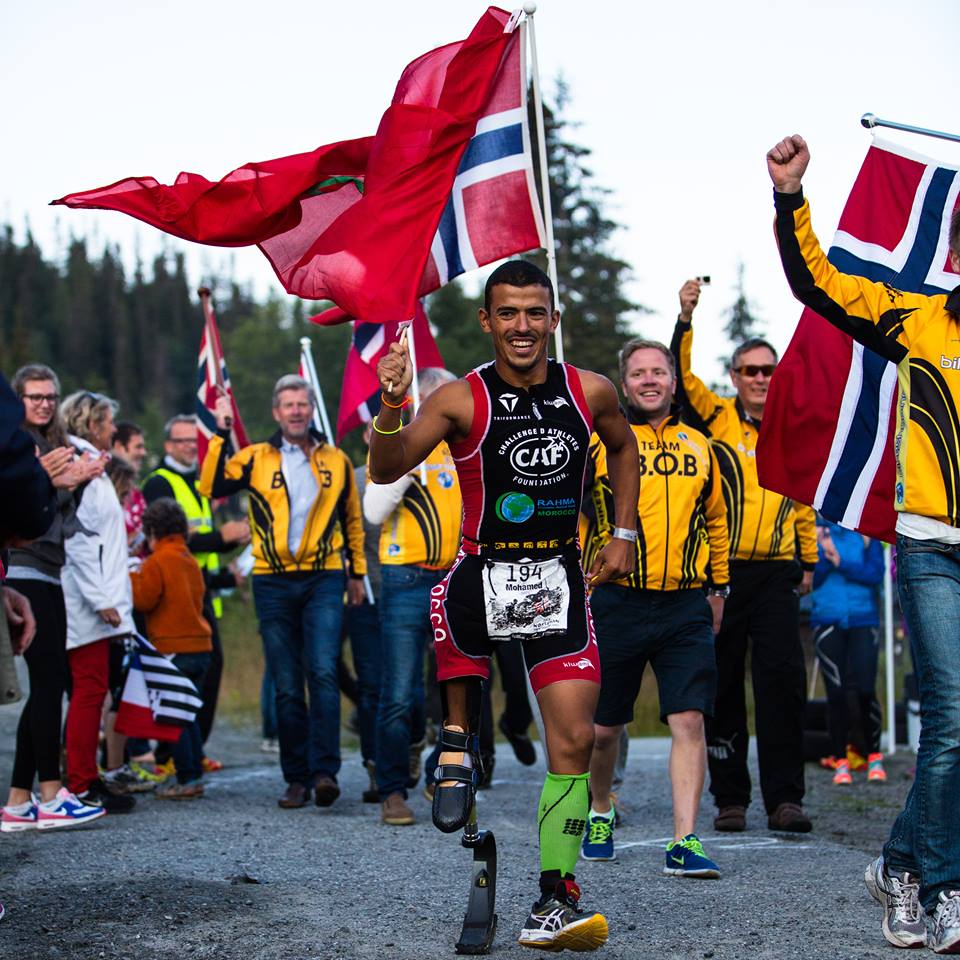 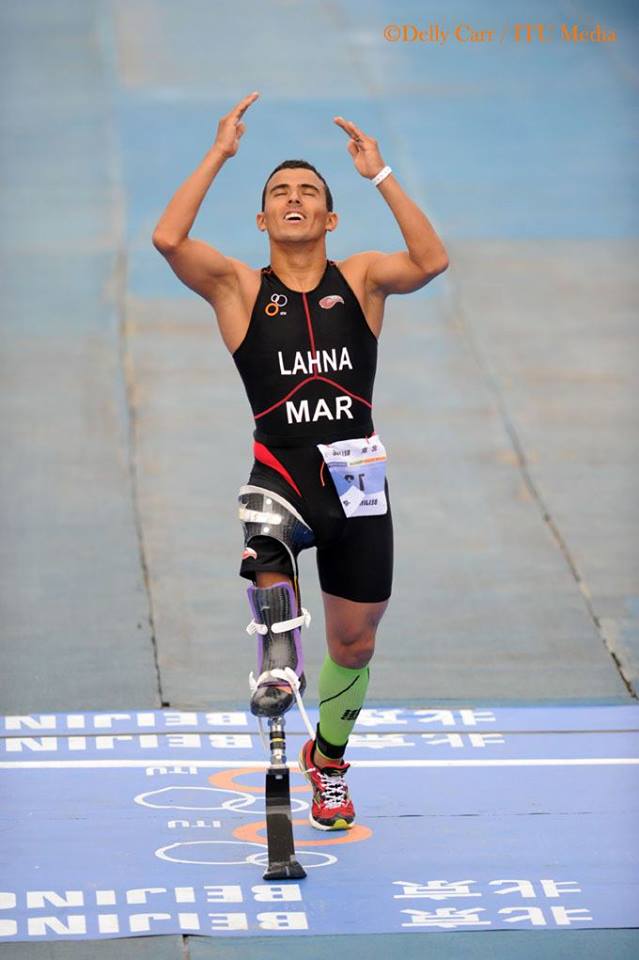