Rabat - Amid an alleged corruption scandal involving highly-ranked officers in Larache City Police Department, the policeman who uncovered the case has been arrested, for “public intoxication and assaulting a senior official.” 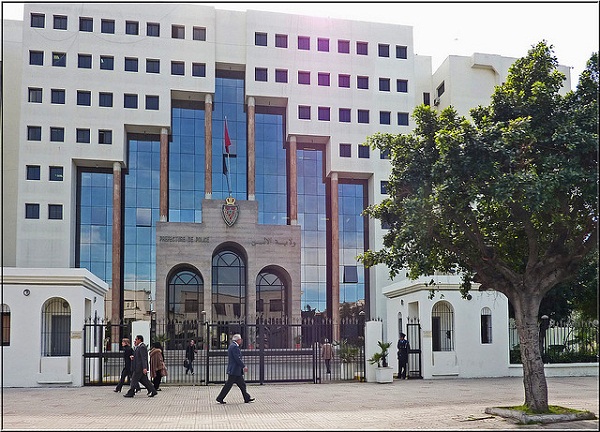 Rabat – Amid an alleged corruption scandal involving highly-ranked officers in Larache City Police Department, the policeman who uncovered the case has been arrested, for “public intoxication and assaulting a senior official.”

On July 27th, Abdelkader Nakhcha, a policeman at the Police Department of Larache was arrested over charges of “public intoxication and assaulting a senior official.”

The policeman was arrested after he headed to Larache Governor’s house at a late hour on July 26th, protesting against the authorization to allow one of his neighbors to perform a “loud” marriage ceremony all night long.

Larache Police, however, claimed Nakhcha was arrested over “storming the governor’s house and assaulting him under the influence of alcohol.”

Surprisingly, Nakhcha was arrested a few days after he uncovered a case of widespread police corruption and economic crimes involving senior officers at Larache Police Department.

Earlier in July, Nakhcha filed a lawsuit against several highly-ranked officers whom he accused of misuse of State funds. The policeman alleged that the suspects illicitly benefited from the local Police Department’s vehicles, by selling the original engines and replacing them with low-cost second-hand ones.

The policeman’s family, on the other hand, protested the arrest saying it is a payback of the corruption case that he reported.

In an interview with Hespress, sister of Abdelkader Nakhcha said her brother was arrested over trumped-up charges. She stressed that he was not drunk while protesting against the Governor’s decision, adding that her brother protested in a civil way and did not disrespect or assault the Governor.

“My son is oppressed. The real offenders who should go to jail are still holding their senior posts and enjoying freedom while my son who is innocent is behind bars,” the mother of Abdelkader Nakhcha told Hespress.

On Tuesday, Head of Morocco’s General Directorate of National Security (GDNS) Abdellatif Hammouchi gave instructions to open an investigation regarding the case of official corruption in Larache Police Department, GDNS announced in a statement.

The same source added that all names mentioned by Abdelkader Nakhcha in the lawsuit will be interrogated.

On Monday, the First Instance Court of Larache refused to grant Abdelkader Nakhcha provisional release and adjourned his trial until next Monday.

The statement said Abdelkader Nakhcha is a Moroccan citizen who has the right to protest, adding he was arrested on incorrect charges. In particular, he protested in a civilized way and police could not prove he was under the influence of alcohol.