Rabat - Bayern Munich looked set to defend their Bundesliga title crown with a convincing 5-0 victory over Hamburg at the Allianz Arena stadium on Friday night. 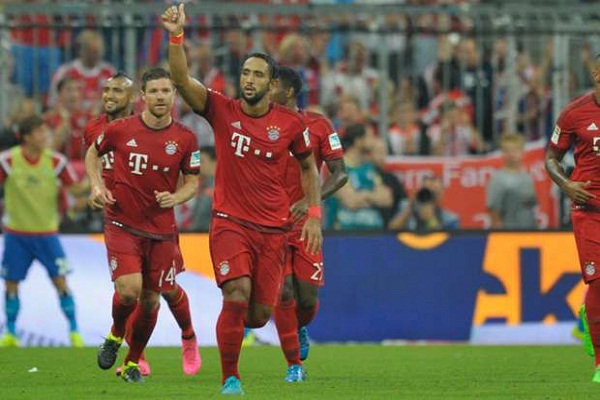 Rabat – Bayern Munich looked set to defend their Bundesliga title crown with a convincing 5-0 victory over Hamburg at the Allianz Arena stadium on Friday night.

A header by Medhi Benatia gave the Bavarians the lead. The Morocco international broke the deadlock in the 27thminute when a free kick from Xabi Alonso allowed the former AS Roma defender to rise at the far post and beat helpless goalkeeper Rene Adler.

Robert Lewandowski took advantage of a mistake in the Hamburg defense to score the second goal for Bayern, tucking the ball into the bottom corner of the Hamburg net.

The floodgates opened when Thomas Muller scored a brace in the 69th and 73rd minutes before newcomer Douglas Costa smashed in a late winner.

Hamburg, who avoided relegation last season, have bad memories at the Allianz Arena. They tasted defeat 9-2 and 8-0 on their previous two visits to Munich.

With this victory, Pep Guardiola side made it clear they intend to become the first team to win four Bundesliga titles in a row. The club is eyeing to secure the 26th league crown in the club’s history.