Rabat - Three refurbished US Army CH-47D Chinook transport helicopters arrived on Saturday to Tangier-Med port in the presence of US experts who were in charge of the transfer process. 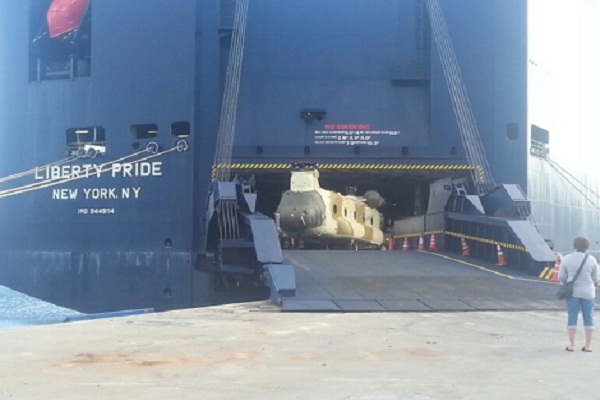 By
Larbi Arbaoui
-
Larbi is a freelance writer and assistant editor at Morocco World News.
Aug 16, 2015
Spread the love

Rabat – Three refurbished US Army CH-47D Chinook transport helicopters arrived on Saturday to Tangier-Med port in the presence of US experts who were in charge of the transfer process.

After a seven month refurbishment period by Columbia Helicopters, a US maintenance repair and overhaul (MRO) company, the three helicopters arrived in Tangier and will be delivered to Morocco’s Royal Army. 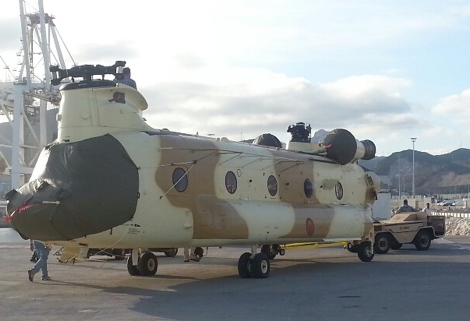 In addition to the three helicopters, the US sale included “the training of Moroccan crew, tools, publications and spare parts all valued at $78.9 million.”

The $6 million contract alone included a complete interior and exterior refurbishment, airframe touch-ups, engine overhauls and painting of the aircrafts in the Moroccan army colors. 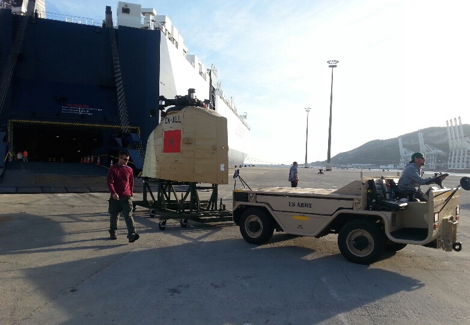 Last month, the US-Africa Command division chief of Regional Operations at USASAC Scott Huther said “Three very capable aircrafts are being provided under budget to the Moroccans. Providing these helicopters will enable Morocco to use them for a variety of purposes and have inter-operability with the U.S. military and its equipment in future missions.” 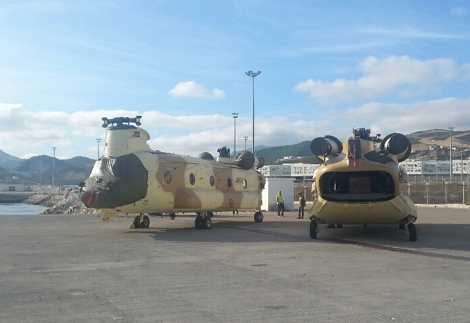 Huther added that the purchase has been in development since 2010, but “due to Morocco’s budget constraints the delivery could not be expedited.”