New York - Five of the best Moroccan students are taking part in the Space Camp Program in Huntsville, Alabama, organized by the US Embassy in Rabat. 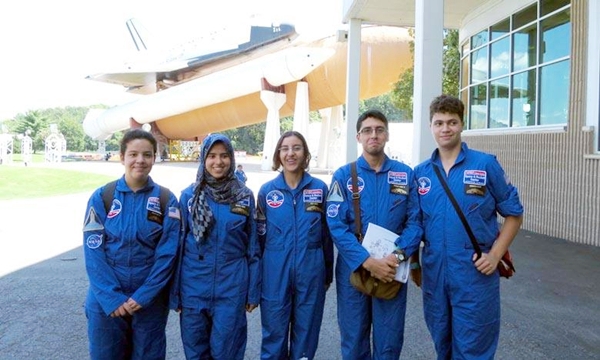 New York – Five of the best Moroccan students are taking part in the Space Camp Program in Huntsville, Alabama, organized by the US Embassy in Rabat.

Moroccan program participants, aged between 15 and 18 are originating from Rabat, Fez, Salé, Tangier and Tetouan, had won a contest designed in collaboration particularly with the Moroccan Scientific Association, according to which candidates had to make a short video explaining, in English, a scientific phenomenon of their choice, said Fatima-Zahra Aboukir, the program manager who oversees the participants.

Explaining the selection process, Aboukir said that out of hundreds of competing videos, a specialized jury selected the best 20, while an online voting has designated the 10 finalists, five of which have won their tickets in Huntsville following an interview.

During their stay in the United States, the Moroccan students are immersed in science, technology, engineering and math education while focusing on college and career preparation.

The camp is part of a program developed by the US Embassy in Morocco, Morocco Science Lab Initiative, which aims to promote science among the youth, sharpening their interest in specializations and scientific phenomena, through meetings with international scientists and organizing training workshops in a pleasant atmosphere.

Besides Moroccan students, the Space Camp adventure brings together youth from the United States, Canada, China, South Korea and India.