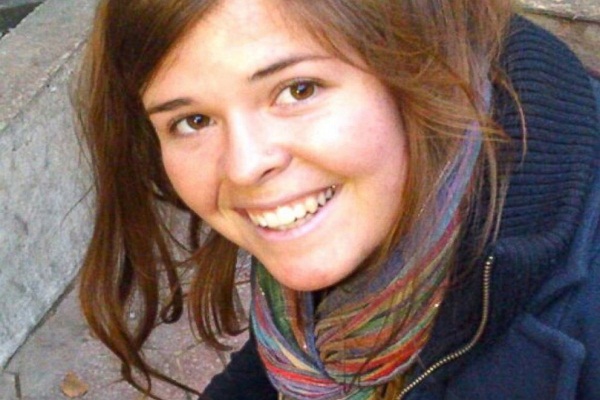 Prior to her death earlier this year, Mueller, 26, who was abducted while working as aid worker in Aleppo, Syria in August 2013, had been sexually abused and tortured by the leader of ISIS.

“We were told Kayla was tortured, that she was the property of al-Baghdadi. We were told that in June by the government,” Kayla’s parents, Carl and Marsha Mueller, told ABC News.

The group said that Mueller died in a Jordanian airstrike, but the American government denied ISIS’s claims, stressing that the group killed the hostage.

The same source said that al-Baghdadi personally took the hostage to the compound of Abu Sayyaf, who was in charge of ISIS’s oil and gas.

He regularly visited her at the Sayyaf’s compound and sexually abused her.

Contrary to the rumors saying that Mueller willingly married al-Baghdadi, US officials said that they obtained information confirming the abuse from teenage Yazidi girls who were also held hostage as sex slaves inside the Sayyaf compound.

“Kayla did not marry this man. He took her to his room and he abused her and she came back crying,” her mother Marsha told AP.

A new report published by The New York Times describes the horrific stories of preteen and teenage girls who have been subject to the atrocities of torture and sexual abuse.