Rabat - The video of an Indian Muslim man saving a physically challenged shopkeeper from a deadly sword attack on Tuesday night, went viral on social media, with users hailing the heroic act that saved the life of the shopkeeper. 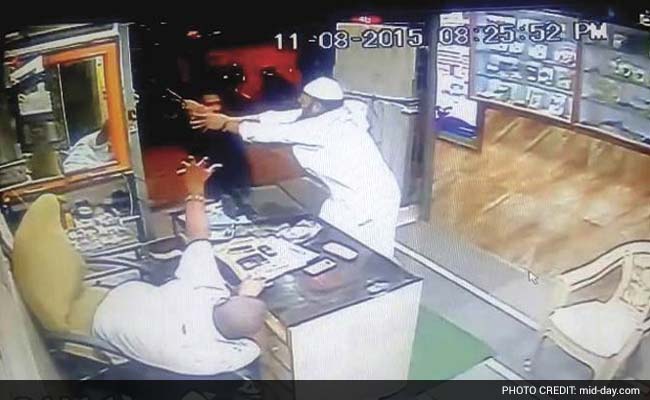 Rabat – The video of an Indian Muslim man saving a physically challenged shopkeeper from a deadly sword attack on Tuesday night, went viral on social media, with users hailing the heroic act that saved the life of the shopkeeper.

The incident was caught on tape by the shop surveillance camera, showing a thug attacking a shopkeeper sitting in his chair with sword.

Indian sources said that the assault took place after “the owner raised his voice against a group of druggies who used to extort money from nearly 200 shopkeepers on the threat of violence and arson.”

“Allah gave me the strength to save the man’s life,” Nasiruddin Mansuri told Mid-Day.com on Friday.

“I’m no brave heart. I usually get scared very easily and tend to avert my gaze when fights break out, because I can’t stand bloodshed. I have no idea what got into me that day,” he added.

“Islam teaches us to help the oppressed and stand up to oppressors. I think I did what should have been done. It was an act done in the heat of the moment,” Mansuri said.

The family of the shopkeeper is reportedly very grateful for Mansuri’s bold act.

“We cannot repay Mansuri for what he has done. We have seen the CCTV footage of how he overpowered the man without thinking of his own safety,” said Manish Singh Thakur, the victim’s brother.

“He could have left the shop or could have sat in a corner, as he was just a customer, but he showed exemplary courage and saved my brother’s life.”

This act of bravery is likely to promote the true image of Islam at a time when communal violence and clashes between Hindus and Muslims have tarnished India’s unity.