Rabat - Moroccan authorities  on Saturday arrested a French-Moroccan fugitive in Marrakech for armed robbery at a jewelry store in France. 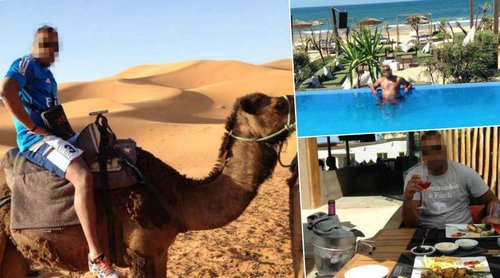 Rabat – Moroccan authorities  on Saturday arrested a French-Moroccan fugitive in Marrakech for armed robbery at a jewelry store in France.

According to a communique released by the Directorate General for National Security, the suspect was wanted by the National Central Bureau (NCB) of INTERPOL.

The robbery dates back to 2013, when the criminal robbed 1.77 million euros (about 20 million dirhams) in a jewelry store in Cannes in France, according to the news website Huffpostmaghreb.

The same source added that the suspect is a 30 year-old called Nabil Leblati, sentenced to ten years in prison in France. His pictures appeared in front of French judges on Facebook, and showed him hanging around the Moroccan desert and swimming pools.

The Directorate General for National Security has arrested the suspect, who already had criminal records.

Currently, the accused is in custody in accordance with the instructions received by the competent public prosecutor, while he awaits his extradition back to France, according to Nicematin .