Rabat - Moroccan-born Oussama Tannane scored a fantastic free-kick in the Eredivisie over the weekend. 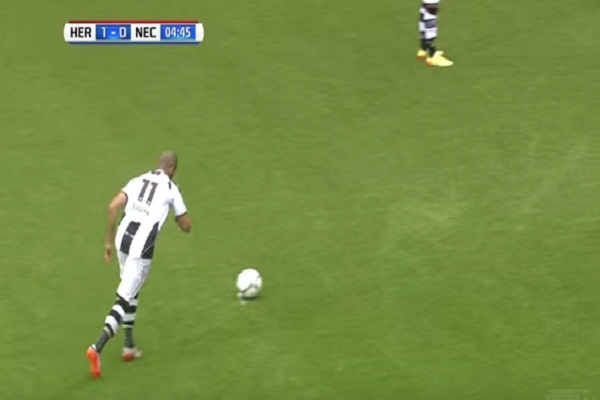 Rabat – Moroccan-born Oussama Tannane scored a fantastic free-kick in the Eredivisie over the weekend.

The 21-year-old native of Tetouan, Morocco scored a sensational long-range free-kick in Heracles’ win over NEC Nijmegen on Sunday using the “knuckleball” technique made famous by the likes of Cristiano Ronaldo and Gareth Bale.

The goal is already being dubbed one of the best goals of the season in the Dutch topflight.

Oussama Tannane was born on 23 March 1994 in Tetouan, Morocco. He is a Moroccan-Dutch footballer who currently plays for Heracles Almelo.

The winger made his Eredivisie league debut for SC Heereneveen during the 2012-2013 season. In June 2013 he was released by the club and signed for Heracles Almelo.