Rabat - Aisha Heddou, a Moroccan woman living in the rural commune of Iknioun in the Tinghir province who is allegedly 130 years old,  is likely the oldest living woman in the kingdom, if not in the world. 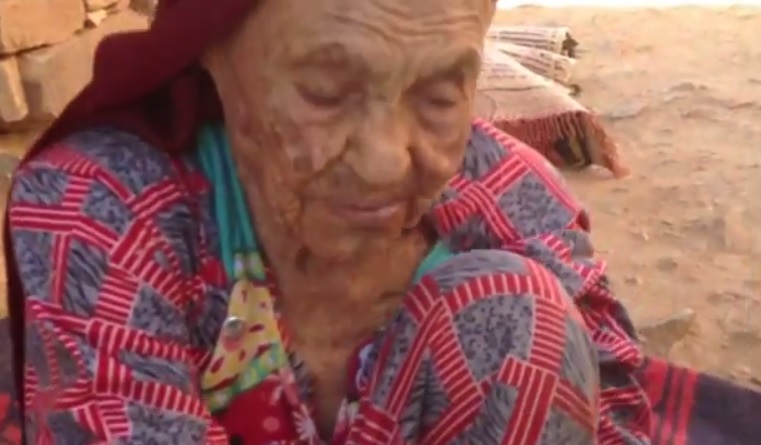 Rabat – Aisha Heddou, a Moroccan woman living in the rural commune of Iknioun in the Tinghir province who is allegedly 130 years old,  is likely the oldest living woman in the kingdom, if not in the world.

Though her age is unverified, the lady has lived under the reign of five Moroccan kings.If her age is verified, she would be the oldest living woman in the world.

The oldest people in the village said that when they opened their eyes to the world, “Aisha had already been there in their small village.”

“It’s a great woman; we all call her ‘Ma’ (mother). She is the living memory of our tribe and our history,” an old local man said.

“She is very poor, but the smile never leaves her, and she never complains,” the local people said.

Aisha has never received any medical care from a doctor or other specialist. She has never taken any medicine, only some natural remedies she prepared for herself.

Like most of the people in the region, Aisha lived on natural foods, mainly cereals, meat, vegetables, and fruits.

According to Guinness World Records, Susannah Mushatt Jones, born on July 6, 1899 in Lowndes County, Alabama, celebrated her 116th birthday last month, and is the oldest verified living woman in the world.