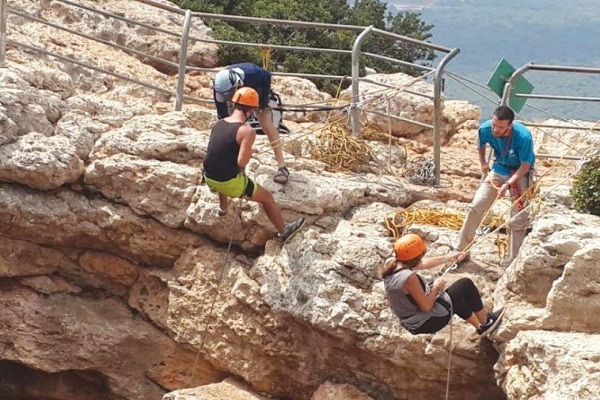 The program aims to prepare the Moroccan Jewish youth for their eventual immigration to Israel and service in the ranks of the IDF, according to the Jerusalem Post, citing organizers.

The group flew from Morocco to Israel via Rome, Italy last month to participate in the summer program. They will undergo physical and mental training organized by the Amichai pre-military academy, the Israeli Zionist Federation and the World Zionist Organization (WZO).

During their stay in Israel, the Moroccans visited various sites, including the Western Wall, the City of David, Mount Herzl, Palmah museum in Tel Aviv, and Masada.

“Thousands of youth, of our people, who live in the Diaspora have to deal every day with the challenges of anti-Semitism,” Yaakov Hagoel, head of the Department for Activities in Israel and Countering Antisemitism at the WZO was quoted as saying.

“We must strengthen and encourage our brethren in the Diaspora, young people who came to Israel from Morocco…We must open our doors to them,” he added.

According to the Jerusalem Post, the Jewish community in Morocco has been largely safe from the turmoil that engulfed the Arab world.