Tunis - The BRICS Development Bank is a multilateral development bank supported by the BRICS states (Brazil, Russia, India, China, and South Africa), which are the Bank’s members. 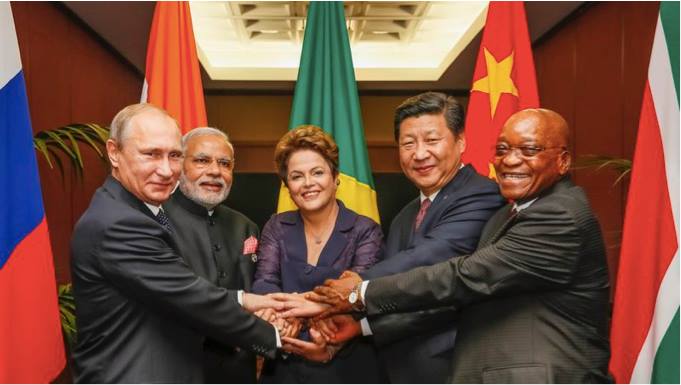 Tunis – The BRICS Development Bank is a multilateral development bank supported by the BRICS states (Brazil, Russia, India, China, and South Africa), which are the Bank’s members.

The idea for the creation of the bank was proposed by India and was first discussed as the main theme of a BRICS meeting during the 2012 G20 summit. On March 27, 2015, at the fifth BRICS summit in South Africa, the BRICS leaders announced the creation of a new development bank as an alternative to the World Bank and to the International Monetary Fund (IMF). However, according to the president of the BRICS Development Bank, “Our objective is not to challenge the existing system as it is but to improve and complement the system in our own way.”

The main goal of the bank is to “Mobilize resources for infrastructure and sustainable development projects in BRICS and other emerging economies and developing countries.”[1]

The New Development Bank starts with 50 billion dollars of capital, and the amount will be doubled in the next years. K. Vaman Kamath of India was appointed the first President of the New Development Bank for the first five years. Shanghai was selected as the headquarters of the bank and each participant country holds an equal share of voting rights. None, however, have veto power.

In summary, this new development bank is an important achievement for the BRICS nations, and could also provide financing to help the global economy grow more quickly.