Rabat - Diego Maradona visited the referee who allowed his 'Hand of God' goal against England at the 1986 World Cup in Mexico. 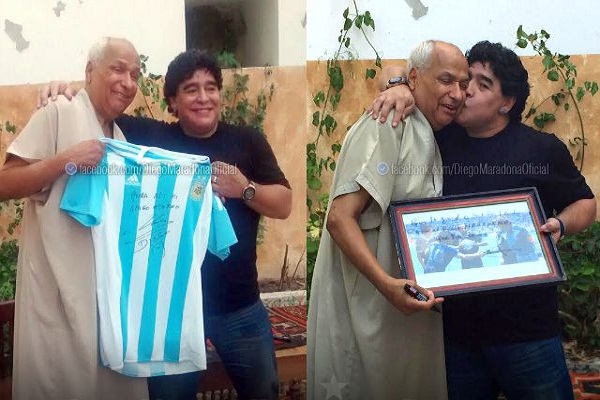 Rabat – Diego Maradona visited the referee who allowed his ‘Hand of God’ goal against England at the 1986 World Cup in Mexico.

The Argentinian legend hugged and kissed Ali Bennaceur of Tunisia, now 71, who failed to spot the controversial handball after Maradona tapped the ball over the head of England’s goalie Peter Shilton with his hand during Argentina’s 2-1 win against England in the quarter finals. 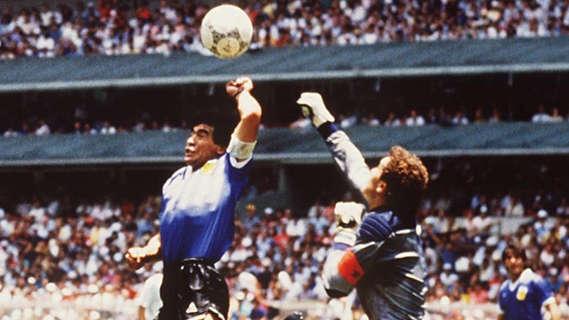 Minutes later, “El Pibe de Oro” (“The Golden Boy”) dribbled past five England players to score a second goal voted the goal of the century by FIFA.com voters in 2002

“This weekend I visited Tunisia and I had an emotional reunion with Ali Bennaceur, the referee of the England match in Mexico, 1986,” Maradona wrote on his Facebook Monday.

“I gave him an Argentina shirt and he gave me the picture of that game that hangs in his home. My dedication: ‘For Ali, my eternal friend.”

Maradona presented Bennaceur with a signed Argentina jersey inscribed with the words “For Ali, my eternal friend”.

The former Tunisian referee handed the former Argentina player a framed photo of himself, Maradona and England captain Peter Shilton, before the match at the Azteca Stadium.