Rabat - A Moroccan Jew from Montreal has announced the release of over 128 Yazidi and Christian girls who were being held hostage for enslavement and sexual purposes by ISIS. 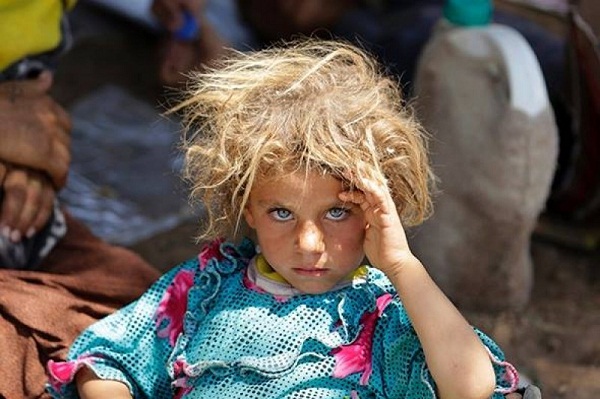 Rabat – A Moroccan Jew from Montreal has announced the release of over 128 Yazidi and Christian girls who were being held hostage for enslavement and sexual purposes by ISIS.

Already dubbed as “Jewish Schindler,” Steve Maman, born in Casablanca and raised in Montreal, is following in the footsteps of Oskar Schnidler, who saved thousands of Jews during the Holocaust.

Maman told the Catholic publication “The Tablet” that he has overseen the rescue of more than 120 Christian and Yazidi girls kidnapped by ISIS in northern Iraq.

The rescued girls were escorted to a secure location in Northern Iraq where short-term shelter, food, and medical care was provided. Assistance was then offered to help them relocate and rebuild their lives.

He said that ten more are expected to be liberated in the coming days.

The rescue has been operated through Maman’s organization, The Liberation of Christian and Yazidi Children of Iraq (CYCI).

“CYCI is operated mainly by volunteers that are Sephardic Jews. As of recent we have a branch in Germany; CYCI Germany operates by three members, one Christian, one Yazidi and one Jewish and they are helping us a great deal,” the 42 year-old father of six said.

In August of 2014, up to 7,000 Yazidi women and girls, some as young as 13, were taken into slavery by ISIS’ military. An unknown number of Christian women and girls were also kidnapped. CYCI estimates that around 2,700 are still being held by ISIS.

“I, Steve Maman, will not stand idle in the face of such laxism. I am acting and I urge others who hear about my mission to join me and act. Donate to CYCI and share with everyone,” the Montreal based businessman announced.

“We have lives to save. Every dollar means life. We need to raise enough awareness to save 3,000 girls from being brutally raped, beaten and underfed. They will be burned alive for not wanting to submit themselves to their captors’ sexual acts,” he concluded.