Rabat - The film “Les Nouvelles Aventures d’Aladin”(the new adventures of Aladdin) by Arthur Benzaquen, shot in Morocco, will be released in French theaters on October 14th. 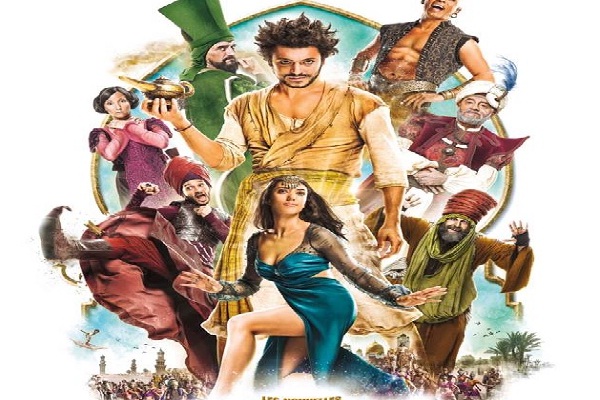 By
Larbi Arbaoui
-
Larbi is a freelance writer and assistant editor at Morocco World News.
Aug 19, 2015
Spread the love

Rabat – The film “Les Nouvelles Aventures d’Aladin”(the new adventures of Aladdin) by Arthur Benzaquen, shot in Morocco, will be released in French theaters on October 14th.

The first scenes of “Les Nouvelles Aventures d’Aladin,” were shot in Ouarzazate home to the biggest cinema studios in Morocco. The movie is an adaptation of the famous folklore tale of Aladdin and the wonderful lamp.

The French comedian Kev Adams who will play the role of Aladdin has stated that he had his own ideas on how to interpret the character of Aladdin- “I will be a modern Aladdin who lives both in Baghdad and in the magical air of time”.

Kamal Abbas, Khalid Bekkouri and AbdellahChakiri are among a dozen Moroccan actors who play in this “highly anticipated comedy.”

The film begins with a focus on Sam and his best friend Khalid who dress up as Santa Claus on Christmas Eve to try and steal at the Galeries Lafayette. Sam is then stuck with some children who urge him to tell them a story. It is then that he tells these children his version of the story of Aladdin.

The city of Ouarzazate in Morocco is considered among the best destinations for international filmmakers.

Mission Impossible 5 is another recent film that has recently been filmed in different cities of the Kingdom and features  Hollywood superstar Tom Cruise in the role of Ethan Hunt, a spy agent.