Rabat - Nawal El Moutawakel, Aziz Daouda and Khalid Sekkah of Morocco have been elected on Wednesday to three committees of the IAAF, the world governing body of athletics in Beijing, China. 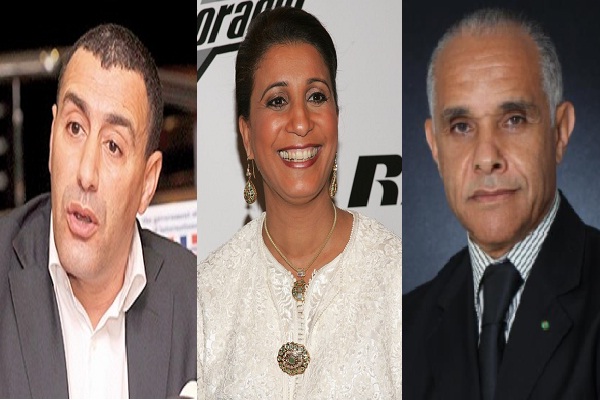 Rabat – Nawal El Moutawakel, Aziz Daouda and Khalid Sekkah of Morocco have been elected on Wednesday to three committees of the IAAF, the world governing body of athletics in Beijing, China.

Aziz Daouda, former Secretary General of the Royal Moroccan Athletics Federation, was elected to the IAAF’s Technical Committee at the 50th IAAF Congress held at the China National Convention Center in the Chinese capital.

Daouda claimed one of 12 member seats from 34 nominees who stood for election. Sekkah, a former Olympian 10,000m champion, was elected member of the Cross Country committee.

Speaking to Maghreb Arab Press (MAP) news agency, Ahizoune said that the election of the three Moroccans is the result of efforts made by Morocco at the international sports bodies and contacts carried out by the Moroccan delegation.

“This choice also reflects that the IAAF trusts the Moroccan skills and recognition of their performance in the field of athletics and restructuring programs and infrastructure development launched by Morocco under the leadership of His Majesty King Mohammed VI,” he added.

Britain’s Lord Sebastian Coe, the former Olympic 1500mchampion who led the organizing committee of London’s 2012 Games, has been elected as the new president of the world governing body for athletics at the 50th IAAF Congress.

Coe replaces 82-year-old Senegalese Lamine Diack who has been in charge for 16 years.