Rabat - The arrival of top leaders from the United Arab Emirates to meet King Salman of Saudi Arabia in Tangiers will likely lead to a summit meeting in the coming days. 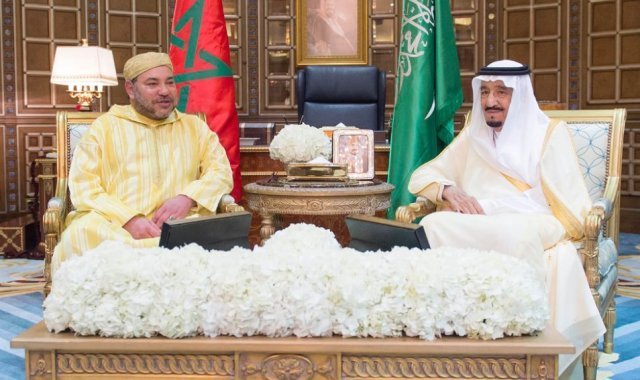 Rabat – The arrival of top leaders from the United Arab Emirates to meet King Salman of Saudi Arabia in Tangiers will likely lead to a summit meeting in the coming days.

During the audience, the Saudi and Emirati leaders exchanged talks and reviewed fraternal relations between the two countries in addition to the whole regional events.

The audience was also attended by Prince Khalid bin Faisal bin Turki, Advisor at the Office of the Minister of Defense, Deputy Crown Prince Mohammed bin Salman bin Abdulaziz, the Second Deputy Premier and Minister of Defense, a number of princes, the Saudi Ambassador to Morocco Dr. Abdulrahman bin Mohammed Al-Jidaie and the UAE accompanying delegation.