El Jadida - Why do Moroccans consume an incredible amount of time in religious activities? Apart from an infinitude of minor performances (circumcisions, marriages, funerals, birthdays, sha'banas (ritual trance dances in sha'ban), zyaras (visiting saints), ma'ruf (ceremonial charity), divinations, cures, etc), there is a fixed calendar of religious rituals observed throughout the year. What an Average Moroccan wants from life by practising all these rituals is security. 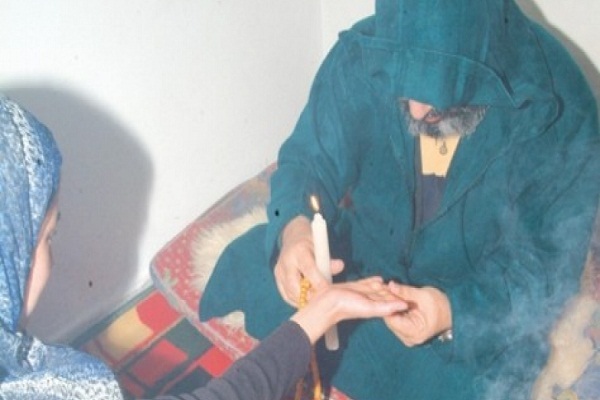 El Jadida – Why do Moroccans consume an incredible amount of time in religious activities? Apart from an infinitude of minor performances (circumcisions, marriages, funerals, birthdays, sha’banas (ritual trance dances in sha’ban), zyaras (visiting saints), ma’ruf (ceremonial charity), divinations, cures, etc), there is a fixed calendar of religious rituals observed throughout the year. What an Average Moroccan wants from life by practising all these rituals is security.

Does imported modern science and technology supply him with a sense of being secure? No! The attitude of the average person in Morocco shows that he is looking for security, peace and relaxation, but it seems that he can only stumble into this in traditional faith that stabilizes the dynamic liquid aspect of reality.

When an average Moroccan consults a traditional healer, he feels protected; he trusts him and establishes a personal social bond with him because of his charismatic personality, behavioural pattern and confident speech imbued with baraka. The traditional curer neither hesitates, nor asks for further examinations. His speech is firm and full of persuasive strategies based on previous cured cases and diagnosis of sicknesses in popular idioms familiar and comprehensible to the patient.

The world of science in Morocco is not the dominant cultural worldview. It is rather a gray zone and labyrinth the average person cannot ingest. Moroccans do not dichotomize the world into the natural and supernatural. Both worlds coexist in Moroccan cultural representation of reality– take the example of jinn possession. Moreover, people think nothing is sure in science.

It is a chestnut that the scientist’s worldview is always relative and incomplete. The doctor, for instance, never tranquilizes his patients but rather asks for further tests and CT scans. Most people are not scientists and look for social tranquillity. While the scientists may find their peace of mind in their intellectual and aesthetic pursuits, assuming for them the steer of spiritual guidance, the average people who are not enabled by the structures in such pursuits can only resort to traditional faith for spiritual guidance. Belief in rituals does not only grant them security but certainty as well.

Science has achieved remarkable progress both practical and theoretical but it has not turned us into robots. We are still stumbling over our modern trappings because we are not biologically and psychologically equipped to deal with the overnight cataclysmic change of modern science. There is always room for the intervention of the mystic in the order of cosmos because of the chasm created between scientific advancement and biological development.

The world of religious traditions and rituals serve to stabilize the vicissitudes of life and canalize its contingencies. The average masses strictly observe the annual calendar of traditions to reinforce this sense of peace and social security. The popular Moroccan calendar, as it is observed, is consumed all the yearlong in ceremonialism. The twelve months are identified and counted by means of the feasts and rituals that consume the year.

l-‘id l-kbir (the Great Feast)/ ‘aishur (the Feast of ‘aishur)/ sha’-‘aishur (after ‘aishur)/ l-milud (the Feast commemorating the Prophet’s birthday)/ sha‘ l-milud (after l-milud)/ jad (Jumada I)/ jumad(Jumada II)/ rjab/ sha‘ban/ ramdan (the months from Jumada I to Ramadan exist in the Arabic Calendar)/ l-futarat bjuj (the two Breakfasts, meaning the two months after the Small Feast). The movement from one ceremony to another renders life a stable and timeless cycle exempt from the aggressive intrusions of the Ferris Wheel of Fate.

Although, religiously speaking, Ramadan may be considered the most important feast of the year, for the masses l-‘id l-kbir, the feast with food and drink to excess, is considered the most important and starts their enumeration of the year. That l-‘id l-kbir – les jours gras – and not Ramandan – les jours maigres – commences the counting list of Moroccan ceremonial months signals the hope and bliss the population hold for reckoning the start of their new year. They normally distinguish between l-‘id l-kbir (the Great Feast) and l-‘id sghir (the Small Feast during which Moslems break the fast of Ramadan). The two adjectives ‘great’ and ‘small’ show the importance each feast has for Moroccans. The feast of slaughter, in which they enjoy food, see blood, eat meat to excess, is considered as a great occasion – needless to mention here the importance of meat for Moroccans. It is the most delicious meal that may attract relatives and neighbours from afar. Paul Rabinow describes the importance of meat for the tribes of Ben Yarghra. He says:

Meat, and particularly beef, is a rarity for these villagers. Most villagers will not eat meat more than once a week and many only once a month. When a cow is being slaughtered in the village, men from the surrounding countryside will drift in and watch the parcelling and auctioning process, which can take an entire afternoon to accomplish. No one misses it. There is always a highly animated discussion, and the piles of red meat and guts in the centre of the moussem area have an almost aphrodisiacal effect. (1977, p. 139)

In many rural areas in Morocco, meat is still an important dish to the extent that one cannot but invite a guest to it if the latter smells it cooked or sees it prepared. Only enemies who are thought to have the guts to hide meat from their guests. This means that they expose them to the risk of being possessed. The person who is jinn possessed as a consequence of being deprived of meat he has scented or seen cooked is called (mhawesh). The tradition says that if the guest finds the host preparing a meal without meat, he should alert him with the saying:” bismiallah ‘lik ra hna mtaybin bla l-ham (in the name of Allah, we are cooking without meat)” lest the guest may be possessed (y-thawsh).

To freeze the dynamic fluid nature of time and insure the transfer of the baraka of the feast to the neonate, yearly rituals may historicize the birth of Moroccan progeny.  A newborn baby during an observed religious sacred ritual may be named after it to shield it from life perils. Many Moroccan offspring derive their names from feasts’ names because their birth coincided with the feasts’ occurrences. Names such kabir, or Abd l-kbir are attributed to someone born during ‘id l-kbir; names such Miloud, Milouda, or Miloudiya are attributed to someone born during the Miloud feast. L-‘Aidi is a name given to someone born during a feast day (l-‘id). Sometimes, the schematic conduct adopted by social agents during feasts is transferred as a stereotypical attribute to them in normal social conditions. The descriptive term ‘Aishuriyat (riotous) derived from the female tumultuous behaviour during Ashura, the occasion for women to transgress masculine power and ascertain female identity through ceremonial games, is an attribute given to women (‘yalat ‘ayshuriyat) if they evince rumbustious behaviour.

Popular imagination also thrives with saints’ baraka being able to cause pregnancy for women whose childbirth is retarded, or suffer successive miscarriages. Children born after saints’ supplication are usually named after them, also to be protected from the haphazard of the wheel of fortune. There are many children named after Moulay Bouchaib, Sidi ‘Abd Tibari, Moulay Brahim, Moulay Abdellah… the list is endless. The sacredness of the saint is believed to be transferred through the sacramental ‘baptism’ of the child in which he or she is given the name of the saint, so that they can live long, survive the vicissitudes of fate, and enjoy the targeted security and peace the common man restlessly languishes for to overcome the incomprehensible gyrations of Fate.

In short, the adherence to traditions and rituals in the life of the Moroccan community or individual serves to socialize the individual to social norms, domesticate his behaviour, give social agents confidence in facing the crises life inescapably brings, and supply them with a central core of values they may live by. It is true that if the social structures enable the social agent, he may not solely rely on religion, as the only integrator but may resort as well to music, art, literature, education and science to socialize to values. However, up to now, for the average Moroccan citizen, religion remains the most available source of integration because of its universalized and state-mandated appeal. 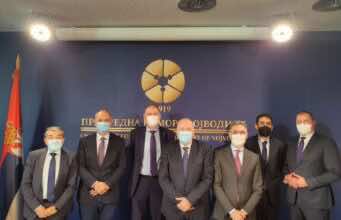