Rabat - French authorities have disclosed the identity of the Moroccan extremist who opened fire onboard a high-speed train destined for Paris on Friday, injuring two people. 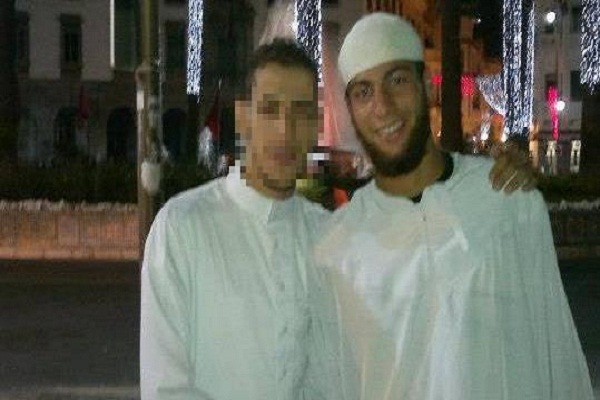 Rabat – French authorities have disclosed the identity of the Moroccan extremist who opened fire onboard a high-speed train destined for Paris on Friday, injuring two people.

The name of the gunman was confirmed by French intelligence services as Ayoub El-Khazani, a 25-year-old Moroccan who had lived in Spain and briefly in Belgium.

French intelligence also said the suspect had travelled to fight in Syria last year, prompting the belief that he the attack might have been linked to the Islamic State.

In Spain, he was said to have been heard calling for jihad in fiery speeches in mosques in the southern town of Algeciras. He also had a reputation for dealing drugs.

AFP cited a Spanish anti-terrorist source as saying, “He lived for seven years in Spain, first in Madrid and then in Algesiras, from 2007 to March 2014, when he moved to France.”

Spanish intelligence services had flagged their French counterparts as long ago as February 2014 that Ayoub El-Khazani was an Islamic extremist.

French Interior Minister Bernard Cazeneuve said that information led to him being placed on a list “so that we could locate him if he ever came on to French soil.”

“Once he was in France, he then travelled to Syria, before returning to France,” the Spanish source said.

The suspect’s father, Mohamed El-Khazani, who was born in Tetouan, northern Morocco, in 1950, managed to legalize his status in Spain a decade ago, and brought his entire family over in 2007.

Speaking to The Telegraph, Mohamed El-Khizani said his son was a “good boy” and expressed incredulity at his action.

“I have no idea what he was thinking and I have not spoken to him for over a year,” said the father.

“He was a good boy, very hardworking.”

Meanwhile, Mohamed El-Khizani admitted that his son was arrested twice in Madrid for selling Hashish in 2009.

“But he was only carrying a little bit; he was just a boy then,” the father concluded.