Rabat - Last week and several weeks before then Imams in mosques were reported criticizing non Islamic parties and inviting worshipers almost directly to vote for the only Islamic party in the coming local and regional elections. 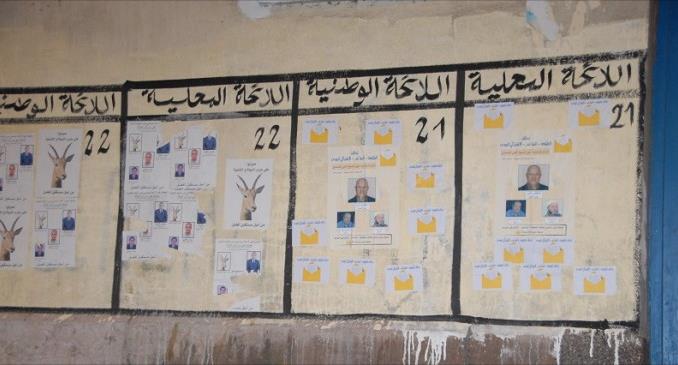 Rabat – Last week and several weeks before then Imams in mosques were reported criticizing non Islamic parties and inviting worshipers almost directly to vote for the only Islamic party in the coming local and regional elections.

The constitution of the Kingdom, however, stipulates that although the country abides by the principles of Islam and acknowledges the rightful legitimacy of other religions, religion should not be politicized and politics should be kept away from religion. Mosques are to be dedicated to worship and nothing else. A case in point was an Imam leading the Friday prayer in a Mosque in Casablanca who was particularly vehement in demonizing secularism, socialism and communism and suggesting rather strongly that their final stay will be Hell. He was, on the other hand, too short from naming the party currently leading the majority and the government whose ideological allegiance is openly Islamic and not very remote from Islamist parties in Egypt, Turkey and other Golf countries and recommending boring for it. Not only is the behavior of this Imam is illegal, unconstitutional, politically unfair, but it uses one of the cheapest and least ethical approaches to manipulating emotions and abusing the credulity and ignorance of the people. While it was expected that competent administrative and legal authorities would take appropriate measures and suspend the Imam, no such action was undertaken.

At the other end of the spectrum, parties formerly obedient to socialism or communism, have been shattered and lost the mobilization power of their militant discourse that was long built on protests and criticism of what was but never on clear and feasible social, cultural, economic and political alternatives. When the deal favored them and they were brought to power, a few years before the turn of the century, the population found out the gap between the rhetoric of protests and the actual capacity of making change. Moreover, with the withdrawal of the charismatic and credible figures of these political parties disappeared also the bonds that ensured internal unity and coherence among the various trends within them. A chain of secessions started and reduced these big parties to tiny and pale shadows of what they used to be. One consequence of these secessions has been the deterioration of the image of the leadership and the loss of clarity, exclusivity and transparency of their discourse.

The reconstruction of the shattered left seems, however, to have started with the creation of a federation of democratic parties all formerly at the extreme left. The newly created federation is taking part to the elections but does not expect to score well. Their candidates are matches neither to the financial resources of the heavy weights of the traditional parties they are disputing seats with nor to their skilled and long ago broken in electoral mechanisms. A first symbolic confrontation of this newly reconstructed left and an established party took place when a heavy weight of RNI tweeted an macho, sexist and bad taste about the leader of the newly formed federation who was running against him in a constituency he took for granted it should be and remain his. The immediate and rather strong reactions of civil society, some prominent media figures and women’s associations forced him to apologize and explain clumsily that he didn’t mean to be mean to the lady. His boss, the General Secretary, also apologized officially to the lady and to her party. They learnt the hard way that not only do they have to watch their language when addressing a woman politician but to take heed of a new challenger with lots of support in civil society.

During the electoral campaign, as one would expect, promises abound that campaigners know they will never be able to honor. But this is not the problem. The real problem is those promises about issues that are not even part of the prerogatives of the local elected authorities. It was reported to me that a candidate to the city council and for mayor promised to have hospitals built, the Arabic language and Islamic culture to be reinforced in schools and more active support of the Arab and Muslim peoples wherever they are struggling for freedom, peace and dignity. Another one has promised to pressure the government to take actions in support of the Palestinians and to impose severe sanctions on the State of Israel. Needless to say that, in Morocco, none of these measures belongs to the city council and to the mayor. On the other hand, when asked about his party’s strategy for public transportation, collecting garbage and water me electricity services, which are the core of the responsibilities of the mayors and their councils, the candidate explained that those prerogatives had been delegated to the private sector to manage and were out of his control. There wasn’t much he could about those sectors as they had been categorized as strategic and thus fell under the authority of the State and the Government.

When asked about what makes a candidate and his or her party a better bet for a citizen than others, the answer is invariably, we are honest and we promise to be dedicated to public service. The arguments are more moral than political.

Hardly 50% of the eligible population has registered to vote. Over twenty parties are running for the same offices and positions a few of whom have been in one way or another in power since independence and have failed to make a difference in every day life that satisfies the population. Several months before the official campaign was launched, these parties made sure their criticism of each other eroded the little credibility they had left and the population still had in politics. A very low turn out is expected and clean majorities are almost impossible to have in most constituencies. This means that the warring parties would have to collaborate either with their fiercest adversaries or with scattered minorities to rule. In both cases, the councils would be weak and no one party would be unable to implement their program, if they happen to have one, that is. At best, compromise will be the winner of the whole game.