Rabat - Six men armed with sticks stormed the emergency department at the Ibno Tofail Hospital in Marrakesh over the weekend, turning the hospital into a place of violence. 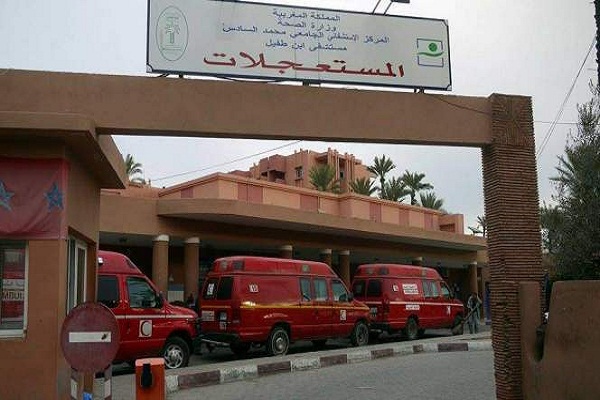 Rabat – Six men armed with sticks stormed the emergency department at the Ibno Tofail Hospital in Marrakesh over the weekend, turning the hospital into a place of violence.

The attackers stormed the building on Sunday early in the morning around 02:00 am, causing slight injuries to several security guards at the hospital.

A physician shot a video of the incident and handed it to the local news website Marrakesh Al An which posted it on YouTube.

The footage which went viral on social media, shows the attackers holding sticks in their hands, insulting the staff members and threatening to hit them.

Multiple local media reports said the attackers stormed the building after a security guard at the principal gate of the emergency department refused to allow them in all at once.

The attackers came to the hospital in order to visit their family members who were brought to the emergency department on Saturday night after having a car accident.

The security guard stressed that he can allow only one of them to enter. The men were angered by the guard’s decision and decided to use force against the guard to have access.

The attackers allegedly managed to escape with their car a few minutes before the police arrived to the hospital.

The police chased the car and arrested the suspects at avenue Akioud, near Douar El Koudia, approximately one kilometer away from the hospital.