Rabat - A Moroccan 'TV presenter' reportedly died in front of thousands of viewers over the weekend after a sudden heart attack on live television. 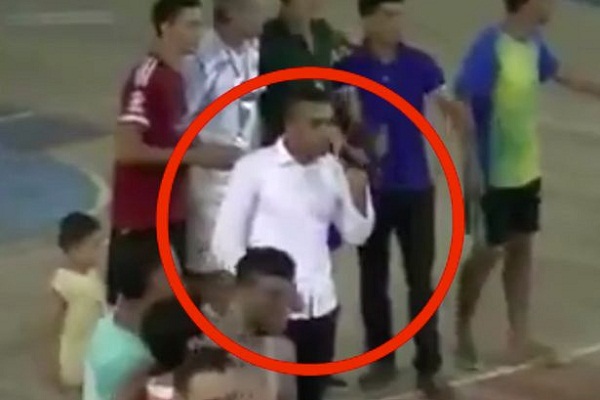 Rabat – A Moroccan ‘TV presenter’ reportedly died in front of thousands of viewers over the weekend after a sudden heart attack on live television.

Moussa Rouiss was speaking at an awards presentation ceremony of a sporting event near the coastal city of El Jadida on Saturday when he suddenly collapsed.

A video of the alleged incident, which caught everyone by surprise, shows the presenter talking into a microphone for several minutes before suddenly falling to the floor.

The video shows the large group of people that gathered around the man but was unable to revive him. He was later pronounced dead.

The story was originally reported Yahoo News and was later picked up by numerous Moroccan media outlets, including Morocco World News.

But don’t feel sad for the young man as the viral video turned out to be a hoax. The 25-year-old revealed that the video was a joke, a not so funny joke.

Rouiss said the ‘cardiac arrest death scene’ caused a state of panic among spectators in the stands during the awards ceremony before discovering that it was a prank.

He added that the video of the prank has gone viral and created huge problems for him, adding that his phone did not stop ringing, with worried people checking if he was alright.