Morocco World News
Home News Morocco Regional and Municipal Elections in Morocco: To Boycott or Not to Boycott?

Fez - With municipal and regional elections in Morocco coming up imminently, Moroccans are hoping for change – changes to improve their financial situation and their standard of living. However, the Moroccan citizenry is marked by a divide between enthusiastic activists who praise the role of current elected officials in steadily leading the country toward stability and prosperity, and opponents who are cynical about the current projects who believe that corruption cannot be eradicated. 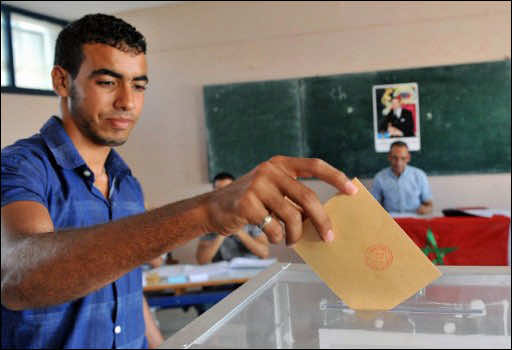 Fez – With municipal and regional elections in Morocco coming up imminently, Moroccans are hoping for change – changes to improve their financial situation and their standard of living. However, the Moroccan citizenry is marked by a divide between enthusiastic activists who praise the role of current elected officials in steadily leading the country toward stability and prosperity, and opponents who are cynical about the current projects who believe that corruption cannot be eradicated.

After more than fifty years of independence, many Moroccans are not motivated to participate in the political process. Morocco still suffers from a slow economy, lack of jobs, and corruption, despite the anti-corruption mottos  of political parties which unfortunately remain mere ink on paper. As a result, many young people and families hold pessimistic views about elections and assume that their participation will not bring about change.

Oussama, 24, a student at Sidi Mohammed Ben Abdelah university, told Morocco World News: “the political parties are so weak that they cannot stand in front of figures of corruption. Meanwhile many social media users express desperation regarding their status, especially given that promises and programs of political parties are rarely translated into action.”

However, boycotting elections is not the answer. Boycotting an election “is definitely a loophole that  benefits a corrupt candidate who find the floor empty to further impose his or her supremacy” said Abdel Hadi, 34, a teacher of English.

Unfortunately, this remains true as corrupt candidates easily make it to Municipalities by bribing a small number of dishonest individuals. The only way to block them is by participating in elections in a large number.

In parallel, there are a rising number of young people who are aware of the critical period Morocco is going through and peacefully take part in change. They are not gullible enough to believe in hollow speeches and adamant not to take bribes or support corrupt candidates.

Farouk, 23, a university student and a civil activist, said to MWN that “the only way to help develop the country is by voting for the right person. Boycotting this national duty will pave the way for the enemies of democracy.”

Bystanders who complain without exercising their right to have a say in what is taking place in the Moroccan political scene cannot be real agents for change. To be effective, people should join political parties, voice their opinions and criticize failing government programs and policies.  Such dialogue may enrich and promote civilized debates and interactions. People will gain experience in judging the situation and thinking of suitable ways to achieve progress.

It is highly important to change Moroccans’ perception of elections and think twice before voting for a candidate. Equally important is rejecting bribes and reporting those who give or take them because such practices are grist for the corruption mill that cripples Morocco’s advancement.

Morocco needs sober citizens who will help maintain the Moroccan exception and move forward to prosperity as the king made clear in his latest speech on the occasion of the King and People’s revolution day: “You should know that the direct election of the president and members of your region gives you the power to decide and to choose your representatives. Make a conscientious, responsible choice, for tomorrow you will have no right to complain of mismanagement or poor services.”