Rabat - Morocco and Russia may sign an agreement on the supply of the Amur-1650 diesel-electric 4th-generation project 677E submarine – and Saudi Arabia may be paying the bill. 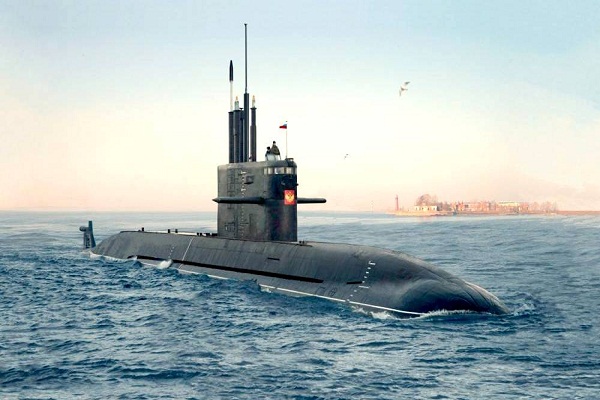 Rabat – Morocco and Russia may sign an agreement on the supply of the Amur-1650 diesel-electric 4th-generation project 677E submarine – and Saudi Arabia may be paying the bill.

According to Russian website, Russia behind the Headlines (RBTH), the submarine deal is most likely to be paid for by Saudi Arabia.

Morocco is seeking to acquire the Russian-made Amur 1650 submarine during King Mohammed VI’s forthcoming visit to Moscow by the end of 2015.

By acquiring the submarine, Morocco is trying to bolster its navy and compete with its main regional rival Algeria, which already has four submarines and by 2017 is expected to receive another two.

The same source added that Saudi Arabia aims to take revenge on Algeria for its refusal to support the Saudi military campaign against Iran-backed Houthi rebels in Yemen.

The Amur 1650 is capable of carrying 18 missiles, torpedoes, or mines, and can be operated in any oceanic area, at any weather, and in shallow and deep waters.

It can also detect insignificant sounds emitted by other vessels thanks to its low sound emission and equipment. If acquired, the submarine will give the Moroccan navy a ‘serious’ advantage over the submarines of their Algerian counterparts, RBTH reported.

“This contract can become the beginning of serious cooperation between Moscow and Rabat at the expense of Algiers,” Lieutenant Commander Mohammed Larbi from the Algerian navy was quoted by RBTH as saying. “[Algiers] is responsible for this situation, having noticeably reduced the intensity of its ties with Russia,” Larbi added.

The Russian website has attributed the cold phase in the Russian-Algerian relations to the divergent positions of both allies with regard to the energy strategy of the European Union.

According to Alexander Khramitchkhine, deputy director of the Institute for Political and Military Analysis, the purchase of the non-nuclear submarine by Morocco “would not be a surprise even if the country is known to be a client of the