Rabat - Political parties in Morocco have been analyzed thoroughly by many a specialist. Every new political situation, internal to the party or of a national, regional or local character, is a new opportunity to verify the validity of these analyses. The election of the leadership of youth and women's organizations of these parties as well as appointing candidates to various constituencies confirm, for example, the persistent tribal and family structure of these parties. 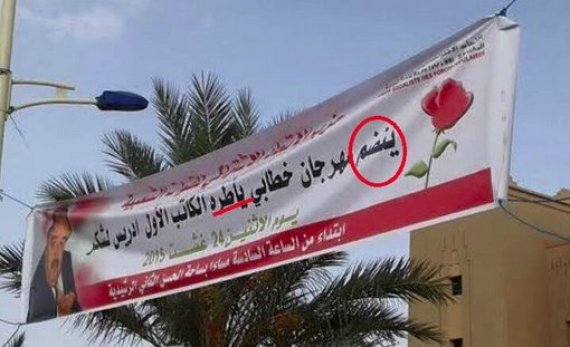 Rabat – Political parties in Morocco have been analyzed thoroughly by many a specialist. Every new political situation, internal to the party or of a national, regional or local character, is a new opportunity to verify the validity of these analyses. The election of the leadership of youth and women’s organizations of these parties as well as appointing candidates to various constituencies confirm, for example, the persistent tribal and family structure of these parties.

In fact, without having to name them, the electoral lists of major parties, at times, include husband, wife and siblings. It is not rare, either, to have the backbone of such lists made up of members of the same extended family including brothers, cousins and in-laws. Along side this family and tribal solidarity, there is also fierce competition among the members of the same families and of the same tribe. Cousins against cousins running for different parties. Cases of brothers running for different parties are not rare. What is special about these situations is that it is the parties that court these individuals because of the prominent tribal status of their families.

One interesting case is a member of the top leadership of a major party currently president of a regional council who has been approached by adversaries to run for them. According to reports, he has been negotiating with several parties. The leadership of the fiercest opponents of his original party is reported to have declared that they hold him in very high esteem and that they respect him a lot. A few elections ago, a law was made that prohibited the migration of members of parliament and local and regional councils during a mandate as a result of the instability of majorities that the phenomenon had created due to the political corruption of elected representatives in these institutions. This instability had made the normal operation of these institutions impossible. The phenomenon persisted but it is currently taking place in between mandates. The odd situation is that the president of city or of a regional council would be negotiating with adversary parties while they are still assuming electoral responsibility.

The parties do not always choose their candidates on ideological criteria or their compliance with political choices or commitment to the guidelines of program but on the sole criterion of their chances to be elected. This results in situations in which a potential candidate with high chances to be elected would be approached by several parties. A good illustration of the phenomenon is the person who has actually received the official support of seven parties all competing for the same seat.

Add to this, corruption events in which key figures of city and regional councils are involved during their mandate and during the electoral process. A case in point is the arrest of the president of a council in Meknes while reviving a 5000 dirham bribe the first day of the campaign. Another case is the disqualification in the Fes region of a candidate from the electoral list of his party because he had been sentenced to a five month sentence because of corruption related to a former election. His brother had been co-opted by another party to succeed him ! A similar scandal is reported in relation to a former president of a city council who, after mismanagement cases and a trial for corruption and other political crimes, was unable to run for the same position and who was enlisted for another city of which he knew nothing and which he mistook for another one with which it shares part of its name. The guy is a prominent figure for his party and they need him to remain on the saddle.

A video that went viral on social media shows a woman, in a hysterical condition, crying, yelling, shouting and threatening the Regional chairman of a political party to whom she alleges having given one hundred thousand dirhams in exchange of adding her in the list of candidates of his party. She was mad her name was not in the list. In a statement he issued, it is explained that the woman had applied for membership in the party but her case had not been cleared so she could not be included in the list.

One consequence of these features of the theoretical candidate is the loss of credibility in the idea of democracy, representativeness, the whole electoral process and in political discourse.