Rabat - Emirati magazine Step Feed has ranked one of Morocco’s Hammams among the seven places in the world where Qatari nationals go to relax. 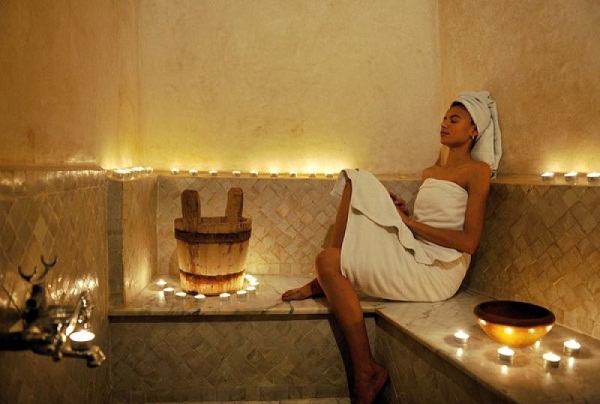 Rabat – Emirati magazine Step Feed has ranked one of Morocco’s Hammams among the seven places in the world where Qatari nationals go to relax.

“When in Morocco, do asthe Moroccans do! This 17th century Moroccan bath– or hammam –is the perfect place to go to mingle with locals and get a soothing massage,” explained the Emirati magazine.

Bab Doukkala is a historic hammam, situated at the grand Bab Doukkala gate of the Medina, in the southeast corner of Bab Doukkala Mosque, dating from the 17th century. The hammam is located near the mosque, since hammams traditionally share a water source with ablution fountains.

The Hammam of Bab Doukkala, like all Moroccan traditional Hammams, has three main rooms: one cool, one hot, and one – the steam room – very hot.

A Moroccan hammam is very similar to traditional Roman baths, complete with heat and steam, cold water,and an attendant to scrub your skin until it is as soft as a baby’s bottom.

The baths are separated by gender, so men and women are welcome either in separate buildings or during different times of the day. In the Hammam of Bab Doukkala, women’s hours are from noon till about 7pm; men’s are early morning and later in the evening.