Rabat - Violent clashes erupted on Saturday afternoon between opposing protest groups over plans for building a mosque in Bendigo, a city in Victoria, Australia. 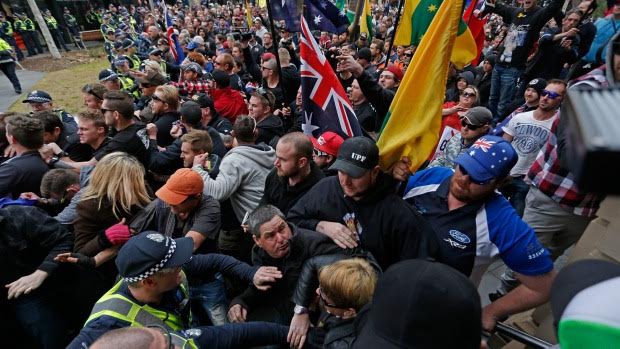 By
Larbi Arbaoui
-
Larbi is a freelance writer and assistant editor at Morocco World News.
Aug 30, 2015
Spread the love

Rabat – Violent clashes erupted on Saturday afternoon between opposing protest groups over plans for building a mosque in Bendigo, a city in Victoria, Australia.

About 300 anti-mosque protesters, mostly from the United Patriots Front, who gathered in Northern Victoria were faced with a counter rally with equal number of protesters from anti-racist groups including ‘No Room for Racism’ and ‘the Socialist Alternative.’

Opponents of the mosque opening in Bendigo were shouting slogans against Islam.

The clash started when a large number of far-right United Patriots Front (UPF) supporters broke through police lines and started punching peaceful protesters who took to Bendigo Town Hall to voice their concerns over the increasing wave of hatred and racism in the country.

Police intervened and managed to separate the fighting groups after restraining the crowd with pepper spray.

Given the green light by the Local Council in mid-2014, the Victorian Civil and Administrative Courts later upheld the opening of the mosque, which will include two prayer rooms, a shop and a community sports hall.