Rabat - Morocco international and AC Milan midfielder Hachim Mastour will join Malaga on a 2 year loan with an option to purchase at the end of the season for a fee of around €5M. 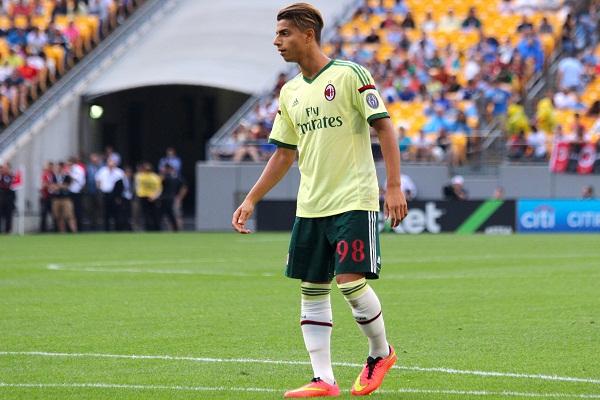 Rabat – Morocco international and AC Milan midfielder Hachim Mastour will join Malaga on a 2 year loan with an option to purchase at the end of the season for a fee of around €5M.

According to reports, the deal was finalized on Monday following a successful medical and the 17-year-old former Real Madrid target will now join the Spanish club on a two-year loan before the close of the summer transfer window on Tuesday afternoon.

According to Spanish Sports newspaper AS, Malaga were keen on signing the Moroccan starlet to offset the departure of Sergi Darder to French club Lyon.

Mastour, who has been linked with moves to Real Madrid, Manchester United, Paris Saint Germain and AS Monaco this summer, made six appearances for Italy’s under-16. However, he is yet to make his senior debut for AC Milan in a competitive game.