Rabat - King Mohamed VI has once warned Moroccans against voting for incompetent or corrupt candidates to run their cities, then complaining about it later. 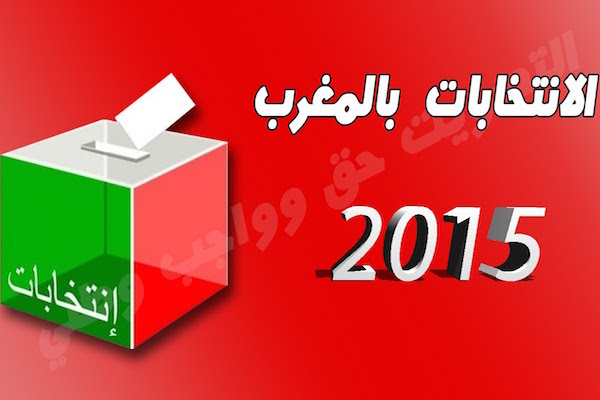 Rabat – King Mohamed VI has once warned Moroccans against voting for incompetent or corrupt candidates to run their cities, then complaining about it later.

Interestingly, since the campaign launched, social values have been circulating reminding the population of the brilliant religion, cultural and scientific heritage they have to be proud of. I would not have disagreed had it not been for the media’s recurring invitation to celebrate the definition of ‘knowledge’ that some notorious scholar gave centuries ago. It stipulates that ‘true knowledge’ involves a set of practices; namely, silence, listening, learning by heart, and further dissemination of such. It is interesting that citizens are not invited to think of ‘knowledge’ as a process that may also include exploration, investigation, thought, comparison and contrast, evaluation, analysis, criticism, reflection, formulation and free expression of opinion, deconstruction and reconstruction of meanings, contextualization, etc.

We are in a time in which citizens should be encouraged in addition to listening, to analyze, compare, assess, criticize so as to contribute to make sense and verify knowledge; and to think of consequences before making decisions. However, the current political campaign implies an invitation to hear and repeat without thinking, criticizing or having a personal opinion.

As the campaign advances on schedule, mutual accusations of violating the electoral code and ethics become more intense among the parties competing for leadership. In fact, given the large number of contenders it seems practically impossible for any one party to win by absolute majority.  Therefore, the leading parties have opted for strategies to disqualify their competitors from the election, by discrediting them producing evidence of breaking the electoral law, consequently having their candidates withdraw their candidacy. The problem, however, is that these behaviors increase tension and distrust within the population regarding politicians, political parties and the entire democratic process.

Among the discrediting arguments some parties have been using against their opponents, include reports released by diplomatic missions, foreign agencies and political organizations about specific national organizations and institutions. They also include press releases about the difficulties democracy is allegedly suffering in the country.  The paradox, however, is the contradiction in the attitudes of these parties, which have usually criticized these reports as unfounded, biased, serving vested interests, being anti-democratic, supportive of dictatorships, abusers of human rights and liberticidal countries. Unfortunately, the consequence of these double standards and the political double talk of these parties, is the further withdrawal of citizens from politics, thus creating opportunities for extremist groups to thrive and take over.

Change can come only through politics. Nevertheless, the phrase has lost much of its political meaning for many citizens, especially when said by prominent figures who have been using it invariably for decades. With the advent of new political figures in the election campaign, the phrase is regaining some of its mobilizing magic. Recently noted with the increasing popularity of the female leader of the Federation of the Democratic Left, and her partners who are promising true and long-due changes. The first change people are talking about is the ‘authenticity’ they hear in her words, which is not different from theirs. “She speaks like us, we can understand her”, say some constituents.

On the other hand, when one is confronted with pictures of caravans of truckloads of people being taken to the rally site of a party claiming ‘change’, images of practices of the darkest political era in the country remind us that nothing has ‘changed’. Humans are still being used against their will and driven as if they were slaves or animals. It is worse when the party carrying out the inhumane mass transportation of citizens happens to be the leading majority party who claims an Islamist ideology. The same who have promised the recovery of dignity and respect for the poor, the vulnerable and the marginalized.  That is when citizens painfully realize that the promise of ‘change’ was not as authentic as it was sold to them and as they bought it; it averred to be fake.

In addition, the caravans transporting supporters to the rally of the Head of Government is in open violation of traffic law. In fact, it is strictly illegal to carry these numbers of people in such vehicles on roads. The party of the Head of Government is therefore breaking the same laws it enforces on others. And they do it during an election campaign in which they hope to convince everyone that they abide by the law and they hold citizens in esteem.

Another party, previously a Parliament Majority Leader, displayed a picture of a high-school adolescent boasting to be a partisan candidate running to represent one of the largest cities in the country. This act calls for populism, lack of voters respect, unethical moves and immoral gimmicks to twist aspirations of the population. What is more, presenting this candidacy to illustrate the inclusion of all, within the party’s decision-making process, including adolescents, is a good example of how core principles and innovative approaches can be neutralized.

Moreover, some political parties that have either never held office or have ‘forgotten’, seem to have specialized in nurturing pessimism. For them, nothing has been achieved since independence or since, they left office. Through this kind of discourse and pictures of dire misery, poverty and needs, especially among those vulnerable such as the elderly, children, and rural populations in remote mountainous areas; they cultivate attitudes of defeat and lack of trust in the political institution. By denying any change in infrastructure, in services and in democratic practices, they seem to reinforce the idea that no political solution is possible with the current regime, or without it giving up all of its prerogatives to them.

This category of parties includes both from the far right and extreme left, who are calling for the boycott of elections and the entire democratic process. If somebody openly mentions any undeniable progress in the nation since independence, for example, the number of schools, universities, dispensaries, teachers, nurses and physicians, thousands of kilometers of freeways, it becomes enough reason to be labeled as  traitor and sold out to the enemy. Opponents of these extreme parties who suggest to them internal investigations, reviews of inherited ideologies and a reassessment of political priorities, become the target of all their political action and their violence.

They refuse the idea that elections are the beginning of a solution to the country’s current problems. Anyone who adheres to the democratic process, who accepts its rules and procedures and enters the election campaign is part of the problem, according to them.

The relevance of the earlier definition of ‘knowledge’ thus becomes clear as it applies to more than one category of professional practitioners of politics in Morocco.