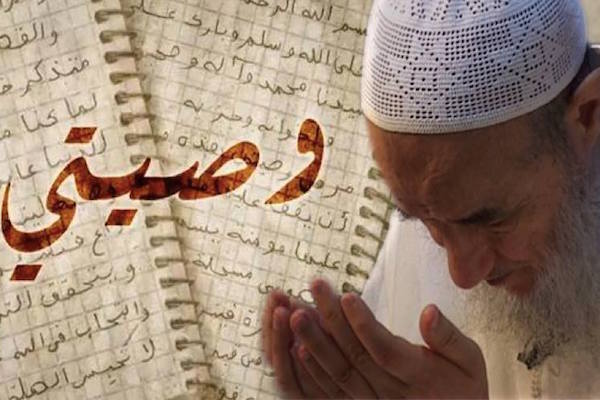 Fez – Like many Arab and Muslim majority countries, Morocco hosts a profusion of Islamist organizations and movements that take Islam as their point of reference. As they seek to create a political order defined in terms of Islam, many controversies surround their actions based on their opposition to the supremacy of positivist laws and international conventions over Shari ‘a Law. The present essay will focus predominantly on one of these organizations, the non-violent Islamist association, Al Adl Wa Al Ihssane.

Under the leadership of its charismatic leader, Sheikh Abdessalam Yassine, Al Adl Wa Al Ihssane gained momentum and publicity, especially after the publication of the letter Al-Islam aw at-Tufan (Islam or the Deluge) in 1974. Sheikh Yassine addressed the letter to the late King Hassan II, accusing the monarchy of having “strayed off the right path of Islam by installing a dictatorial regime and serving its own interests rather than those of the Islamic community.” The letter cost him three years of confinement, the majority of them spent in a psychiatric ward. He subsequently spent many years under house arrest.[1]

The association practiced peaceful methods of protesting and raising objections to public policy. However, in the wake of 9/11 attacks and the war on terror, along with many Islamist groups that were slandered and associated with terrorism and violence, Al Adl Wa Al Ihssane was not immune from similar portrayals that excluded the possibility of an enlightened outlook on democracy or modernity from such an Islamist group.

Scholars and intellectuals are divided over the issue of the commitment of Islamists to democracy. They wonder whether these movements constitute a major obstacle to the growth and development of democracy in Arab and Islamic countries or, on the contrary, a supportive force that should be recognized and respected. The first trend of thought is based on the deep conviction that Islamists were not and can never be democratic for cultural, historical and religious reasons. The long history of authoritarianism in the Muslim world and the nature of the prevalent political culture constitute a major barrier that aborts any movement toward democracy.

Elie Kedourie, one of the proponents of this school of thought, asserts that “the idea of representation, of elections, of popular suffrage, of political institutions being regulated by laws being guarded and upheld by an independent judiciary, the ideas of the secularity of the state…all these are profoundly alien to the Muslim political culture.”[2]

Therefore, the political movements which take Islam as their point of reference are not expected to endorse a democratic political system. The second trend of thought, however, differs drastically from the first in that it stresses the idea that neither Islam nor its culture is the major barrier to the establishment of a modern, political system of rule. John O. Voll, for instance, argues that “Islam has within its historic and theological repertoire of symbols and concepts the resources to create democratic discourses and to provide the foundations for systems of Islamic democracy.”[3]

The stand of Al Adl Wa Al Ihssane in this debate is diplomatic, in the sense that it does not reject democracy wholesale; rather, it adopts a vision that brings democratic and Islamic principles together so that it can enable them to win trust and respect inside and outside Morocco. Examining the body of works produced by Al Adl Wa Al Ihssane, and particularly that of its leader Sheikh Yassine, reveals the due consideration given to the issue of democracy. Some of Yassine’s books have been devoted totally to the subject,[4] offering the opportunity to get to the heart of the debate without necessarily starting from scratch. He points out that democracy is presented in a way that gives the impression that it has a “single agreed meaning.”[5]

The reality is that democracy is essentially a contested concept and can take various forms, some of which may seem contradictory. For him democracy stands for many cherished political ideas that empower people and hold rulers accountable. In addition, he is well aware of the dire consequences of the authoritarianism from which the Arab countries still suffer. As a result, he does not hesitate to state in the clearest way possible that he wholeheartedly supports democracy when it delimits the authority of the rulers and provides for government accountability, genuine representation of the people, viable institutions and freedom of expression.[6]

Yassine, however, vehemently refuses the idea that democracy is not conceivable or possible without secularism. This would entail separating Islam and politics in the same way that church and state are separated in the Western context,[7] which is widely believed to be indispensable to good government and a free society. Yassine defends his position by arguing that insisting on secular democracy is to assume that the world is a monolithic bloc and that what works in Western societies should work everywhere.[8] In other words, juxtaposing the Islamic world’s experience with religion with that of Europe is prejudicial and detrimental. Europe’s bitter experience with the church led to relegating religion to private life, away from politics. But the Islamic experience with religion, on the contrary, was very successful. The heydays of Muslims were under the rule of Islam, and their downfall took place once they went astray from its teachings.

A large number of Arab countries have adopted, though not completely, forms of secularism as their political systems of rule. The political history of these countries bears witness to the failure of such political systems simply because they were and are still operating in a deeply entrenched Islamic culture. The message of Islam is not spiritual per se; its political dimension has remarkably influenced and defined these countries. Importing ready-made systems or incorporating Islamic principles into them would only lead to alienation and schizophrenia in thinking and action. Alasdair MacIntyre supported this concept when he wrote:

When the sacred and the secular are divided, then religion becomes one more department of human life, one activity among others….Only religion which is a way of living in every sphere either deserves to or can hope to survive….If our religion is fundamentally irrelevant to our politics, then we are recognizing the political as a realm outside the reign of God. To divide the sacred from the secular is to recognize God’s action only within the narrowest limits. A religion which recognizes such a division…is one on the point of dying.[9]

Moreover, these so-called enlightened systems of rule have been used by Arab authoritarian regimes to undertake delusive democratic transitions that serve their reputation in the West while they blur the precarious socioeconomic conditions of their countries. Spurred by the growing skeptical attitudes that swirl around the version of democracy in the Arab world, Islamist movements like Al Adl Wa Al Ihssane declare and defend their philosophy embracing Islamic principles as the only valid solution that can operate efficiently in the Muslim world. They aim for an Islamic democracy that prioritizes Shari‘a law over the supremacy of international conventions, contending that the universality of such laws and conventions are delusive because they are Eurocentric and meant to blur the particularities of other cultures. Furthermore, imposing these laws ideologically or coercively violates the very basic rights of freedom and justice.

The vision of Al Adl Wa Al Ihssane, however, doesn’t call for a clear break with the West; rather, it calls for intelligent learning from their experiences, which will gradually help Arabs and Muslims build their own model. This strategy of cautious interaction with the West, as envisaged by Abdessalam Yassine, rejects the mainstream assumption that modernity and democracy are the summit of human achievement. For Yassine, modernity and democracy are merely two “socio-cultural and political manners of being”[10] which have been quickly adopted as the only valid system of organization, thereby dismissing those who don’t embrace them as backward and uncivilized.

All in all, it is noteworthy that the supporters of Al Adl Wa Al Ihssane – with all due credit to Yassine – remained steadfast in their commitment to their founding principles, despite what they had suffered at the hands of the regime for nearly 33 years. This commitment became even more strikingly evident with the death of Sheikh Yassine on December 13, 2012. The association remained well organized and showed no retreat from its ideological and political demands that characterized it as one of the controversial groups in Morocco.

[4] Motaouakal, A. (2014). Al-Adl wal-Ihsan: An Explanation of its Rise and its Strategy for Social and Political Reform in Morocco (unpublished PhD thesis, University of Exeter, England).

[8] Motaouakal, A. (2014). Al-Adl wal-Ihsan: An Explanation of its Rise and its Strategy for Social and Political Reform in Morocco (unpublished PhD thesis, University of Exeter, England).

[10] Motaouakal, A.(2014). Al-Adl wal-Ihsan: An Explanation of its Rise and its Strategy for Social and Political Reform in Morocco (unpublished PhD thesis, University of Exeter, England).