Rabat - A new survey by the National Observatory of Drugs and Addictions revealed that average of drug-addicts in Morocco in 2015, excluding tobacco, is estimated between 4 and 5% of the adult population, which is a minimum of 800,000 users. 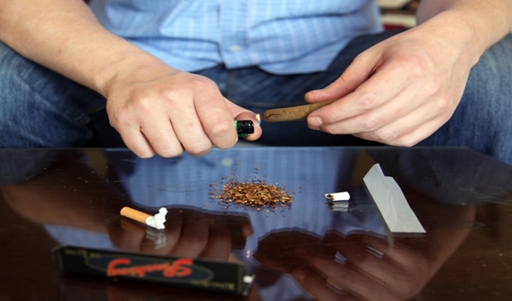 Rabat – A new survey by the National Observatory of Drugs and Addictions revealed that average of drug-addicts in Morocco in 2015, excluding tobacco, is estimated between 4 and 5% of the adult population, which is a minimum of 800,000 users.

The study also found that one out of five high-school students has smoked tobacco and one out of ten has used cannabis.

For these reasons, the Observatory recommends an adapted and diversified nationwide prevention program, laws banning the sale of tobacco and drugs near educational institutions, as well as counseling and psychological support units in schools and universities.

Previous figures released by Moroccan authorities in 2010 revealed that approximately 29% of inmates had been charged with drug-related offenses ranging from personal use to trafficking as part of an organized gang.

This data was shared by the Ministries of Health, Justice and the Interior, via the General Directorate of National Security, and the Customs and Indirect Taxation Authority.