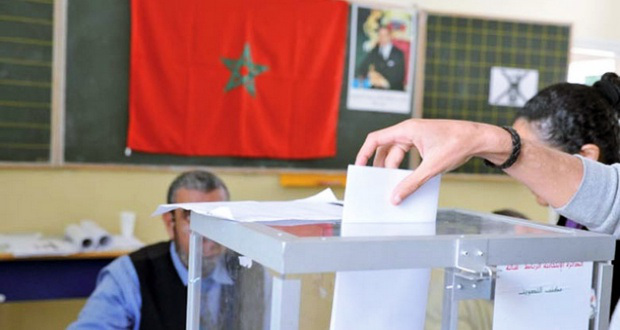 Washington D.C.-  With campaigning for regional and municipal elections in Morocco in full swing, debate on the merit of voting rages once again among potential voters.  A dissatisfied group contends that this election is business as usual so why bother?  Efforts to get out the vote are not having the intended impact though official numbers show an increase in the number of registered voters.

In an attempt to pump some new blood in the veins of these elections, Moroccan king Mohammed V,  in his August 20th speech urged the electorates to take to the ballot, noting that ”voting is a right and a national duty, a major responsibility that has to be shouldered.” He added that” it is a tool” citizens can use to control management of their daily local affairs.

Furthermore, he advised the incumbents and challengers to work more faithfully and reminded them that “the purpose sought from elections is not to hold senior positions, but to serve the citizens.” The million dollar question that persists is what would it take to increase voter turnout? What measures to implement to increase confidence in the system?

There is very little debate, if any, that corruption is still a problem.  A camp argues that election-boycott is counter-productive. What this contingency fails to understand is that boycott is proportional to degree of legitimacy.  Winning an election entitles you only to the seat you campaigned for; the higher the turnout, the more legitimacy you can claim.  Boycott is a very powerful tool, just ask players from the 1950s civil rights struggle in the US.

To take it to the grim extreme, many politicians, especially local ones, are viewed unfavorably.  They are often described as incompetent, hypocrites, and consumed with self-service.  This did not develop over not but has taken decades and decades to materialize.

It is true that in the past, the decision-making process was an affair of the top leadership, and the base was instructed to simply show unconditional support.  Politicians were well protected.  This, overtime, created a disinterest in and an ignorance of local and national politics at the grassroots level on one hand.  And on the other hand, the position of politician became a position of prestige and elitism.

It is also true that times have changed.  There is a serious desire, will, and work to undo the effects of past decades but, bad habits die hard so, what gives?  How to build trust, in this case, between the electorates and the politicians?

One of the major complaints is that laws, while in place, they are not enforced or extremely hard to enforce.  During these election campaigns, dissatisfied potential voters point out that cash has been sometimes handed to youth in exchange for votes in certain municipalities.  The youth is an easy targeted as it does not cost much to persuade and sway.  In rural areas, the main complaint is that local law enforcement is in bed with local politicians. Consequently, there is no room to enforce laws, election or otherwise.

Clearly, there are some huge challenges. Is it time to visit or revisit term limits?  Should the law mandate debates between candidates?  I would respond to the affirmative as I believe that could prove helpful.  The task is difficult but not impossible.  As the late legendary Egyptian scholar AbdelHamid Kishk once said: “there is nothing more difficult than building character!”