Rabat - Mannschaft players appeared in a video to show their determination to stand against xenophobia as Germany prepares to welcome 800,000 asylum seekers by the end of the year. 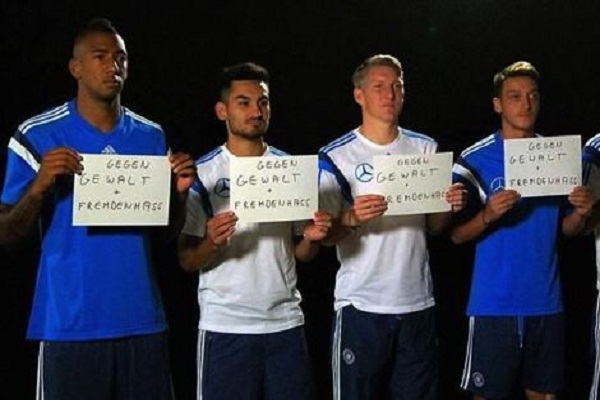 Rabat – Mannschaft players appeared in a video to show their determination to stand against xenophobia as Germany prepares to welcome 800,000 asylum seekers by the end of the year.

“Of course, we are concerned about the issue. It’s important for us to set an example,” said Germany’s team manager Oliver Bierhoff with the video posted on the DFB’s website.

The German national team is pre preparing for Friday’s Euro 2016 qualifier at home against Poland.

In another gesture of solidarity, different Bundesliga clubs are also welcoming refugees coming to Germany, with Borussia Dortmund even inviting 220 of them attend a match.

Europe’s biggest economy has so far taken in more refugees than any other country in Europe.