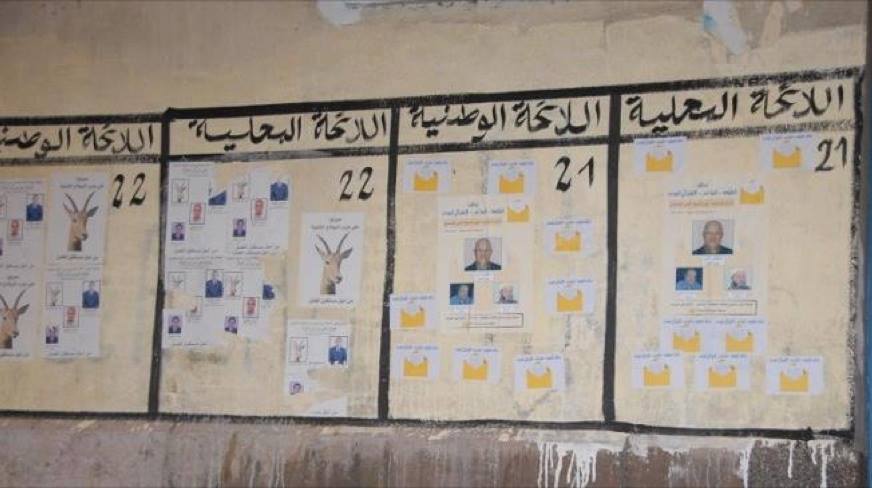 Fez – To encourage Moroccans to partake in the coming elections in large numbers, the Moroccan King Mohammed VI devoted a large part of his speech on 20 August to the issue of elections.

In an unprecedented move, the king addressed Moroccans openly and put the responsibility of choosing honest candidates on the shoulders of Moroccan citizens alone. The king also warned Moroccan people against boycotting the elections, lest they leave the road empty for corrupt candidates to succeed. But the legitimate question that poses itself here is this: Is urging Moroccans to vote all Morocco needs for a real change?

While it is only a matter of a few days before Moroccans go to the polls in order to choose those who are supposed to represent them in both the municipal and regional councils, we see fierce competition between all participating parties. They all chant mottoes of change; they all make grand promises of bright futures and present ambitious programs that will never materialize in reality; and they all accuse each other of corruption. This situation disturbs the minds of Moroccans and makes them unable to distinguish between honest and dishonest politicians. As a result, there is a divide between those who still see a hope in voting and those who insist on boycotting, since for them voting will change nothing.

Though it is true that dealing with the issue of elections in such a frank and serious tone marks a drastic shift in the discourse of the Moroccan king, unfortunately it does not provide a clear vision of how to deal with elected officials who embezzle public funds or turn out to be corrupt politicians. Put another way, there are no guarantees that the state will take responsibility for fighting and punishing corrupt officials. Instead, the speech puts unnecessary burdens solely on the poor and powerless citizens to shoulder the responsibility for any bad consequences that might result from their choices.

By calling on people to vote, they will certainly do that out of respect, but not because they are convinced that Morocco would become a better place by so doing. This is so because most of them are cognizant of the fact that by voting they will only end up choosing the same corrupt faces and, therefore, the same story of stolen and failed projects of change will be retold.

This has made most Moroccans pessimistic about the upcoming elections. Many Moroccans are boycotting the elections simply because they strongly believe that it will not bring about any change and that most, if not all, political parties campaigning for the election are corrupt to the core, interested only in gaining power and serving their vested interests.

Instead of putting all the responsibility on Moroccans to choose competent and diligent candidates and to assume the responsibility for any failure, it would be preferable to strengthen the rule of law and bring to court all the names mired in the mud of corruption. It is true that voting is a crucial duty of each and every Moroccan citizen, but it is also true that it is the state’s duty to hold accountable those corrupted officials who have robbed the wealth of Morocco for the past two decades or so. T

he baffling question here is why those corrupted officials are still being nominated for elections while their normal place is prison. If those corrupted officials who have accumulated huge wealth and smuggled billions of dirhams abroad are not held accountable, Morocco will never move forward nor will it be a democratic country. And voting would always be of no value at all.

Urging the powerless Moroccan people to vote so that they will not complain in the future is not a realistic approach. Some of them seize the opportunity created by the elections to work with any party ready to offer them money, and others sell their votes because of their extreme poverty.  They do not care about who will succeed because they have lost any hope of real change.

Having said that, a more realistic approach would be to strengthen accountability and punish any politician who happens to get involved in illicit acts, make fake promises or rob one cent from the public funds. Only then would we come and ask Moroccans to vote and would their votes be of some use.

Most Moroccans have become acutely aware of the fact that so long as the same faces are running for the election, the corrupt officials are still wandering in the streets freely, and there is leniency and lack of seriousness when it comes to dealing with corruption files, nothing will change and the same scenario will repeat itself once again. It is high time we stopped selling people illusions of change, worked towards a real democratic state and purged Morocco from all corrupt politicians by reinforcing the rule of law.  Only then, would our votes be of value and have some weight in bringing about change.