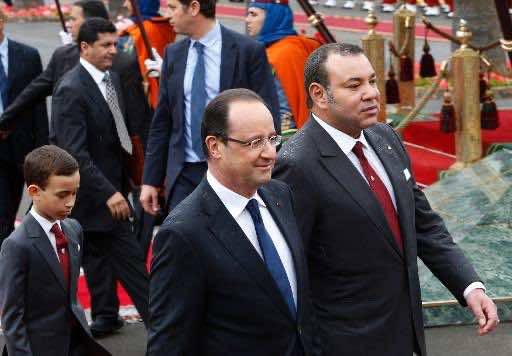 Alyaoum24 quoted sources saying that the French delegation met in Tangier with its Moroccan counterparts in order to discuss security measures to be put in place ahead of Hollande’s visit.

France’s president is due to arrive in Tangier on an official two-day state visit to meet with King Mohammed VI on September 19.

During the visit, President Hollande will also decorate Morocco’s Head of the Domestic Intelligence Agency (DST) and National Directorate for National Security (DGNS), Abdellatif Hammouchi, with the Insignia of Chevalier of the Legion of Honor.

Observers in Morocco said decorating Hammouchi appears to be an attempt by the French authorities to recognize the mistakes the country has amde towards the Moroccan official.

“It [France] will show again its respect for him [Hammouchi] by awarding him this time Les Insignesd’ Officier de la Legion d’honneur,” French Interior Minister Bernard Cazeneuve told the press in the capital Rabat in February 2015.

This is François Hollande’s second visit to Morocco. In April 2013, Hollande met with King Mohammed VI and Head of Government Abdelilah Benkirane in Rabat. The French President also addressed the Moroccan Parliament.