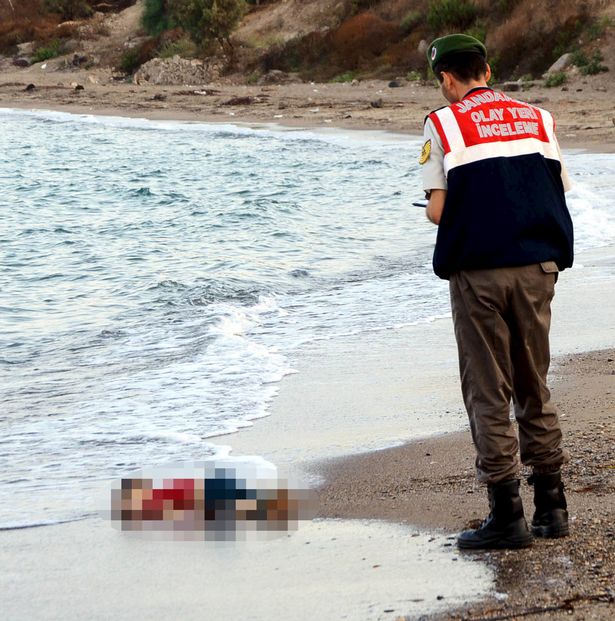 The shocking news of the two young boys who were found on a beach in Turkey, after they drowned on their journey to seek refuge from Syria and it’s warzones, has blown up all over social media. Particularly the image of identified 3-year-old Aylan Kurdi, faced-down on the sand. This has become a strong symbol of the Syrian refugees’ situation and their desperation to pursue a better and safer life. Although the majority of the public commenting about this issue on social media, such as Twitter, are expressing their outrage toward the lack of active aid that other governments are offering to Syrians, some people are expressing very ‘unpopular’ opinions on this issue.

Most noticeably, a high-profile figure in the UK: Peter Bucklitsch – a UKIP Parliamentary candidate has enraged thousands of people with his tweet which read:

“The little Syrian boy was well clothed & well fed. He died because his parents were greedy for the good life in Europe. Queue jumping costs.”

His post has earned him negative feedback. Some are calling it “disgusting and very ignorant” how he describes the parents as “greedy” because they want to live in Europe for the “good life”. People affirm that Bucklitsch being election candidate “should be fully aware of the dangerous and poor living standards in Syria” due to the civil war menacing the country. Furthermore, he allegedly “trivializes” the situation by comparing it to “queue jumping” as one would see in the queues for a ride at Thorpe Park. Media users have commented how this “reveals this man’s unsympathetic and crude views on the migrants of Syria who have very valid reasons to come seek the “good life” in Europe”.

As a Syrian boy said in a video that has circulated around the world on the same issue: “We don’t want to come here but we have to because of the war in Syria. Stop the war in Syria and we won’t come!”