Casablanca - It is gratifying to note that the agenda of Arab countries covers a wide range of interesting items relating to change and positive transformation, but when it comes to Syria when the kids were fighting in Deraa or drowning in Turkey's sea, this is sadly not the case. 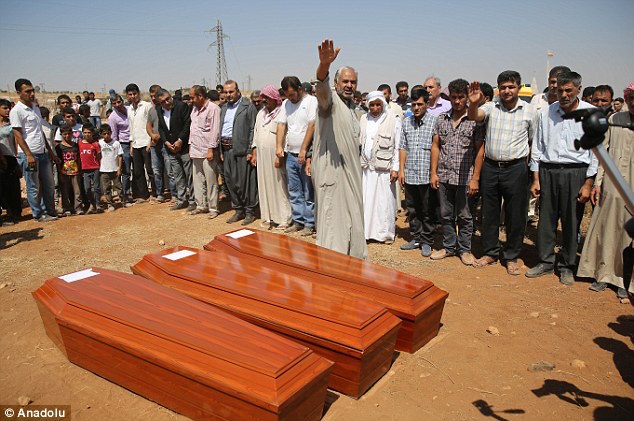 By
Salma Khaila
-
Salma Khaila is a Moroccan blogger and Morocco World News contributor based in Casablanca
Sep 5, 2015

Casablanca – It is gratifying to note that the agenda of Arab countries covers a wide range of interesting items relating to change and positive transformation, but when it comes to Syria when the kids were fighting in Deraa or drowning in Turkey’s sea, this is sadly not the case.

It wrenches my soul and heart to closely watch news from Syria every single day — Syrian refugees, women and children in one of the largest refugee exoduses in recent history — without doing anything. As a teenager with no power, I cannot do anything for them but cry, while the wealthy monarchies in the Persian Gulf, who never receive Syrian refugees, and the most powerful Arab countries in the world remain largely unshaken by the events and have done much less than the nations of Europe to provide shelter to the Syrians. This has, at last, begun to happen. Indeed, I am pointing a damning finger at Saudi Arabia, Qatar, Kuweit, Bahrein and the United Arab Emirates, which have offered zero resettlement places to Syrian refugees. I find it difficult to believe that an Arab government exists that does not support Muslims, but apparently the Arabian Peninsula does not give a damn.

What is happening in Syria now is more than just a battle between those for or against President Assad, but a dissension, and it has nothing to with Islam, ISIS, or fighting for authority. It all begun with innocent children who painted slogans on a school wall said to be anti-government graffiti. People were arrested and reportedly tortured, simply because they were calling for the release of the children, democracy and greater freedom for the people in the country. The rise of the jihadist groups, including Islamic State, has added a further dimension since 2011. All the world was watching and thought the issue was worrying, but wouldn’t get much worse, and when it got worse, that it was not bad enough for them to do anything about it.

I remember believing that Syria was the lone island of democracy, peace, and morality in the sea of chaos that is the Middle East. Syria had a president. That meant that he was chosen by the people, right? That had to mean that he was looking out for his citizens, promising them protection, and democracy, didn’t it? His power had checks on it, didn’t it? Oh, how mistaken the Syrian people and I were.

Recent months have felt like history repeating itself. A heartbreaking number of people have been imprisoned or abducted in Syria. College dorms have been ransacked, people have been tracked, and in the end, thousands were missing. On July 16th, dozens of members of the army defected, and special forces were brought in to kill them all. Hama barely avoided a massacre, stopped by the presence of U.S. ambassador Robert Ford. As the holy month of Ramadan begun, the brief three-week period of peace in Hama ended, replaced by snipers on rooftops, shooting as Syrians left mosques. The Syrian secret police are agents of the state in civilian clothes whose job it is to hang around in public areas and listen to see if anyone is speaking out against the government.  Any good news from Bachar Assad for his people? Definitely, NO.

Somehow, my holidays this summer weren’t as good as I expected, and didn’t take my mind off the danger of the Syrian people. I presented my speech, about Palestine and Syria a few weeks ago and ended up crying in the bathroom. I take out my phone every single day to check the news and the latest death tolls. With every glance at the news, I keep wondering, Is that a baby bleeding there? Is that a woman crying madly for her children in that picture or video? Didn’t that fighter have an arm and now he no longer has one?

On the other hand, all Arab countries are watching what is happening in Syria. Every single Arab country is aware of this tragedy, and no one has offered serious aid to the refugees, except for Morocco and Jordan, who saw eye to eye on the Syrian issue and their aid is not enough. The region that I blame has the capacity  to quickly build housing for the refugees. The big construction companies that have built the gleaming towers of Dubai, Abu Dhabi and Riyadh should be contracted to create shelters for the influx. There is no reason all this knowhow can’t be put to humanitarian use. Morocco, Jordan, and Europe can do more for the Syrians, but Saudi Arabia must shoulder much more of the burden. It feels as if they just need a reminder: ” Hey, that’s how you have to do it to help your brothers in Islam.” Shame on them all.

My eyes have been opened to this situation for a while, and I hope the same happens to you now. Syrians are a determined and brave people, but I am not sure if they can defeat this harsh regime. Today, no matter where I am or what I am doing, my heart is and will be with Syria. That doesn’t make me any less ambitious: that doesn’t make me any less determined: it just means I am looking towards something philanthropic. At least I am not like some Arab countries. At least I am a Moroccan with a Syrian heart.