Rabat - According to Real Madrid’s official website, the Club announced this Saturday they will “donate one million euros to aid the refugees taken in by Spain” as a symbol of “commitment to solidarity”. 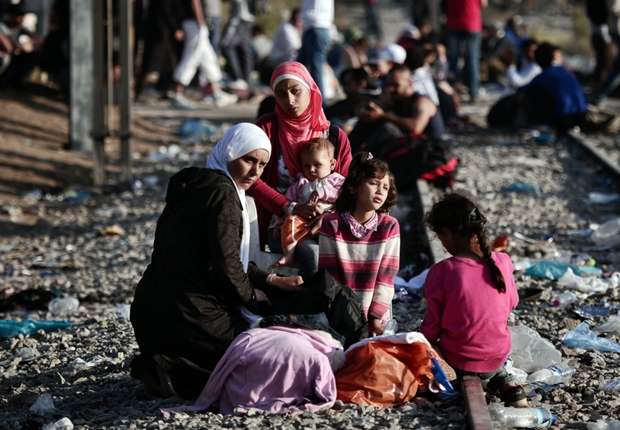 Rabat – According to Real Madrid’s official website, the Club announced this Saturday they will “donate one million euros to aid the refugees taken in by Spain” as a symbol of “commitment to solidarity”.

A report by Mundo Deportivo informed of the Football Club’s generosity in donating a million euros to support these suffering refugees whose struggle to survive and search for freedom has been making the news all around the world.

Real Madrid wishes to “help men, women and children who have been obligated to abandon their homes fleeing war and death”.

The Club also informed, “Real Madrid’s President, Florentino Pérez had a phone conversation [yesterday] with [Spain’s] Prime Minister, Mariano Rajoy, in which the monetary donation was discussed, as well as other measures set forth by the Club to collaborate in the care of refugees arriving in Spain”.

Furthermore, Real Madrid is planning “several initiatives and actions with special attention to younger refugees, as well as making available to the Executive Interministerial Commission, who is planning the host process, some of the Club’s infrastructure and sports equipment”.

Mundo Deportivo also reports that FC Bayern Munich has declared they will donate EUR 1 million to the refugees and set up a training camp for the younger ones. Player Javi Martinez was seen arriving to the Club’s office in support.

FC Porto, on the other hand, observed a minute of silence for the victims of the “migration wave”, and urged other teams to donate 1 euro for every entrance sold in the first two matches of the upcoming championship.

According to the same source, President of the International Olympic Committee (IOC), German, Thomas Bach, revealed the organization will be also aiding the refugee efforts with a US $2 million donation.