Rabat - The Party of Modernity and Authenticity (PAM) secured the first sport at Morocco’s municipal elections held on Friday across the country. 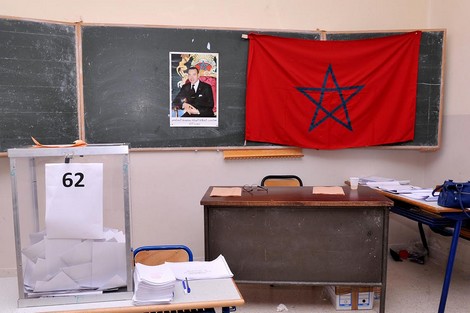 By
Aziz Allilou
-
Aziz Allilou is a student at the Higher Institute of Media and Communications (ISIC) and Morocco World News correspondent in Rabat.
Sep 5, 2015
Spread the love

Rabat – The Party of Modernity and Authenticity (PAM) secured the first sport at Morocco’s municipal elections held on Friday across the country.

The Istiqlal Party (PI)came second , while the Justice and Development Party (PJD) came in third, according to the final results of Municipal and Regional Elections, announced by the Minister of the Interior on Saturday.

A statement by the Minister of the Interior, released on Saturday, revealed that the Justice and Development Party (PJD) trailed in behind PAM and the Istiqlal party, although it dominated urban areas across Morocco.

The Justice and Development Party, the leader of the coalition government, on the other hand, came in third behind PAM and Istiqlal Party, with 5,021 seats (15.94%).

The PJD dominated major metropolitan areas across Morocco, winning control of councils in the main cities of Casablanca, Tangier, Rabat, Fez and Agadir — as reflection of its strong urban base.

The Ministry of the Interior pointed out that voter turnout was 52%, nearly the same as in the last local elections in 2009.