Taroudant - On Friday, the authorities of Temara, near Rabat, confiscated 22,700 smuggled packets of cigarettes of various brands. 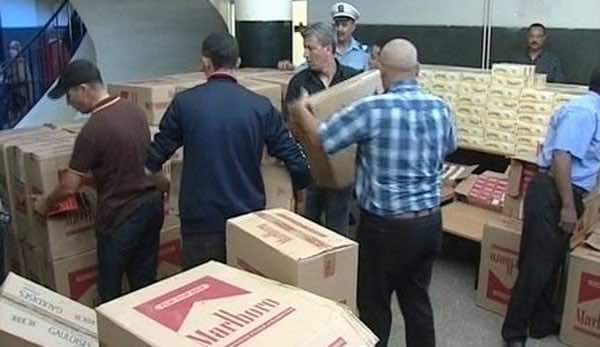 By
Larbi Arbaoui
-
Larbi is a freelance writer and assistant editor at Morocco World News.
Sep 6, 2015
Spread the love

Taroudant – On Friday, the authorities of Temara, near Rabat, confiscated 22,700 smuggled packets of cigarettes of various brands.

In a statement, the police in Rabat said the investigations undertaken by security services led to the arrest of the owner of the cargo used to smuggle the cigarettes.

The police also arrested two cars with Moroccan license plates involved in the contraband, and an amount of money estimated at 31,250 dirhams (about $3206).

The same source said this confiscation was successfully done after a search operation at the home of the defendant who has been placed under custody, in line with the provisions of the ongoing investigation under the supervision of the Public Prosecutor.

Despite the brand-wide increase in cigarette prices since last year, the number of users in Morocco reached “about 7 million smokers, representing one fifth of the population,” with minors making up half a million of these figures, according to Rachida El Mokrie Al idrissi, Head of the National Coalition for the Fight Against Drugs.