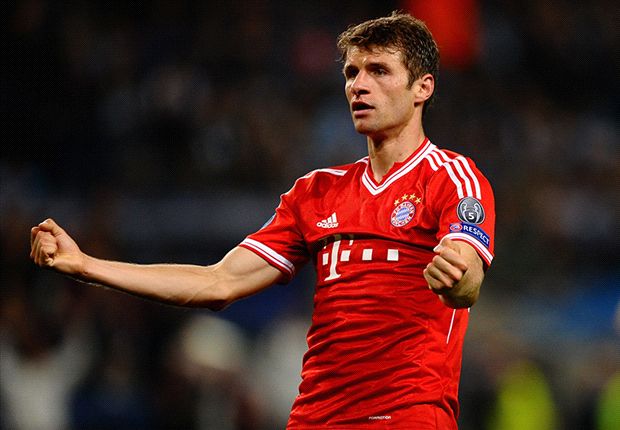 The Red Evils are believed to have made a series of attempts to sign Muller during the summer transfer window, offering more than £70 million.

“I’m talking about figures which were very high. If I were a bank manager I’d have had to accept it,” said Bayern President Karl-Heinz Rummenigge told Suddeutsche Zeitung.

“But as a club we allowed ourselves to close the door on it, and this door is remaining closed. I can promise that.”

He pointed out that if the decision had been purely about money, Muller would probably be at Old Trafford.

Muller, 25, has reportedly been the target of the Manchester United’s coach Van Gaal Louis van Gaal since the Dutchman arrived in English football, attempting to sign the player in his first summer in charge at Old Trafford.

In fact the collapse of Muller deal is believed to have prompted Van Gaal to sign the Anthony Martial from AS Monaco in a £36m deadline day deal, surprising everyone.

The Sun reported that United signed the 19-year-old Frenchman only after Bayern Munich rejected their offer Muller.

“It’s the price of Luis Suarez or Neymar – the best players in the world,” Vasilyev said of the reported £36m United paid for Martial. “Right now English football is on a different financial level and if Manchester United decides to buy somebody, it’s very hard to stop them.”