Rabat - Abdelilah Benkirane, the Secretary General of the Justice and Development Party (PJD), harshly criticized the Authenticity and Modernity Party (PAM) after it dominated the countryside during the municipal and regional elections held on Friday, saying that its rival "bought votes." 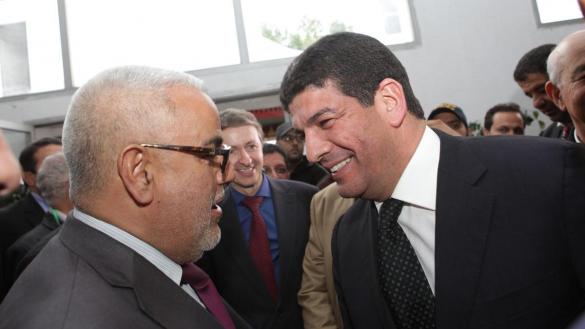 By
Aziz Allilou
-
Aziz Allilou is a student at the Higher Institute of Media and Communications (ISIC) and Morocco World News correspondent in Rabat.
Sep 6, 2015
Spread the love

Rabat – Abdelilah Benkirane, the Secretary General of the Justice and Development Party (PJD), harshly criticized the Authenticity and Modernity Party (PAM) after it dominated the countryside during the municipal and regional elections held on Friday, saying that its rival “bought votes.”

“The PAM took most seats in the countryside because the party used money in order to buy votes in these poor areas”, Benkirane said.

The Prime Minister made this statement during a media briefing in Rabat on Saturday, following the release of official results of Morocco’s municipal and regional elections.

He added that the PAM is not a “big party as its leaders claim it to be.” Benkirane called the party “weak.”

The PJD resulted the major winner of these elections.

The PAM took 6,655 seats of the local councils (21%), most of them in the countryside, while the Justice and Development Party dominated urban areas and took the most seats for regional councils with 25% of the total. The PJD obtained the highest number of votes across the country.

“We started more than 20 years ago and we have integrated into society and our environment gradually,” he noted.

Benkirane lashed out at all opposition parties including the Istiqlal Party (PI), the Socialist Union of Popular Forces (USFP), the PAM and the Constitutional Union (UC).

“With opposition, we are just like the ant and the grasshopper, we work and they sing,” Benkirane said.