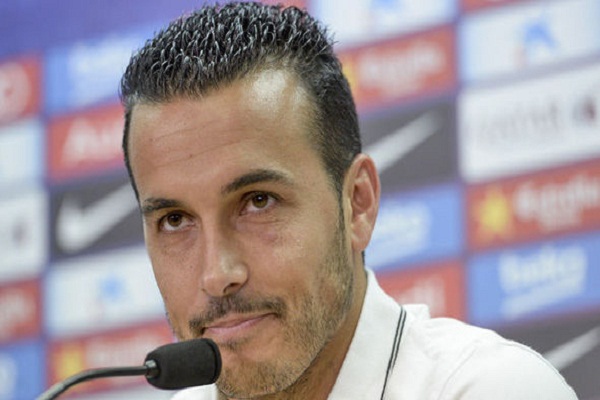 The former Barcelona player, who recently moved to Chelsea for a reported fee of £22million, stood up for his close friend Victor Valdes. The latter was told by Van Gaal that he has no future at the Old Trafford club and has been left out of the Red Devils’ Champions League squad.

“It’s true that I don’t like to see my team-mates treated in this way, especially Victor, who has always been a great friend to me and a top professional,” Pedro said.

The 28-year-old also denied that he had opted for Chelsea instead of Manchester United because of Van Gaal’s strained relationship with Victor Valdes.

“I don’t think it’s fair, but it didn’t influence my decision. I saw that United had not taken the next step in signing me and I needed a team to start the season with,” he said.

Pedro is not the only Spanish player who voiced his anger regarding Van Gaal’s treatment of Manchester United goalie Victor Valdes.

Former Real Madrid goalkeeper Iker Casillas also stood up in support of Valdes, saying “Valdés deserves a solution due to the quality of player he is”.

“I want to show him all my support and plenty of encouragement”, said the Porto goalkeeper.