Rabat - Following a YouTube video gone viral in which 10-year-old Syrian refugee Haider appeals to King Mohammed VI to grant him a visa to enter Morocco and join his father, the young boy will get his petition and reportedly receive his visa. 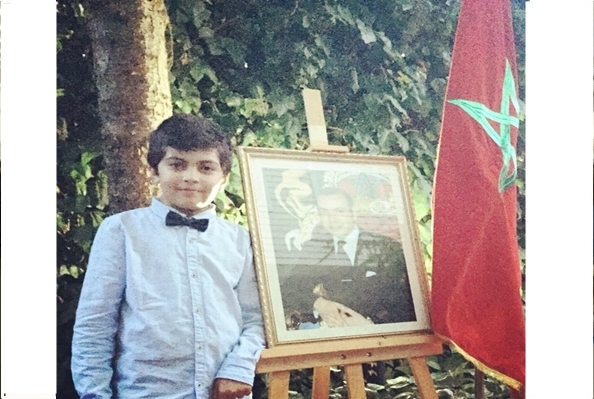 Rabat – Following a YouTube video gone viral in which 10-year-old Syrian refugee Haider appeals to King Mohammed VI to grant him a visa to enter Morocco and join his father, the young boy will get his petition and reportedly receive his visa.

The Tweet posted on Sept Monday, was sent in response to a question an individual by the name of Issam Eddine Abail asked the Minister if he was aware of little Haider’s case. The tweet posted in French reads: “yes SM (Salaheddine Mezouar) has given instructions to facilitate his visa and he will join his own [family] on Wednesday, God willing [inchallah].”

The Syrian child has tried to join his father Bashar Jalabi (38) in Morocco since last June. Jalabi is married to a Moroccan woman and they live in Morocco. Haider has been held in Istanbul, Turkey ever since, for not having a Moroccan residency permit.

The story has made the news all over the world. According to Yabiladi News, Dutch-Moroccan journalist Boutaina Azzabi and Haider’s supporters have created a Twitter hashtag #MoroccoLetHaiderEnter, which has had great impact among social media users.

Also, Azzabi has been personally taking care of Haider since mid-July when his father had to return to Morocco.  She had previously told Middle East Eye, “I spend all my time with him because I don’t want him to feel lonely. He has no relatives in Turkey now, and I have been supporting him financially”.

Haider has had his visa petition denied 3 times by Moroccan authorities.

The child’s public appeal to the King and continued lobbying from his supporters have moved the hand of Moroccan officials to grant his permit. The Syrian refugee will soon join his father in the Kingdom.