Rabat - Scottish investigative reporter Andrew Jennings has revealed how the 2006 World Cup went to Germany after a key voter was bribed to abstain from the decisive vote. 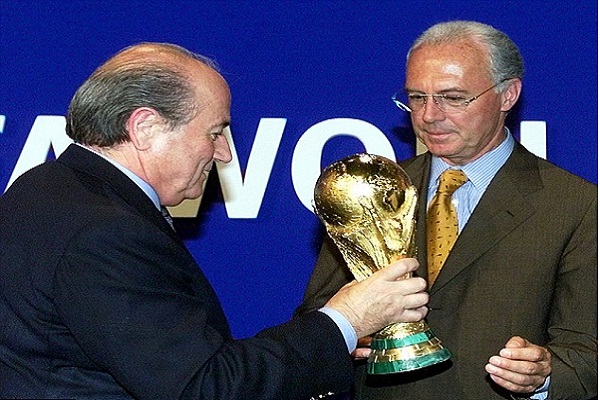 Rabat – Scottish investigative reporter Andrew Jennings has revealed how the 2006 World Cup went to Germany after a key voter was bribed to abstain from the decisive vote.

The veteran reporter, best known for his work investigating and writing about corruption in the International Olympic Committee and FIFA, published an extract of his new book, The Dirty Game, in which he details decades of corruption and shadowy dealings at FIFA.

In the extract published in the British Daily Mail, Jennings claims that New Zealand’s Charlie Dempsey from the Oceania confederation was allegedly paid $250,000 to abstain from the vote that led to Germany beating South Africa by 12 votes to 11.

According to Jennings, Had Dempsey voted to South Africa as originally mandated, the vote would have resulted with a 12-12 tie, and FIFA president Sepp Blatter, who had to back the South African bid, would have had to cast the deciding vote.

However, Charlie Dempsey abstained from voting, citing “intolerable pressure” on the eve of the vote. The Oceania delegate allegedly walked out between rounds, went back to the Dolder Grand hotel and collected a briefcase containing $250K left for him in the cloakroom.

Jennings also revealed how Sepp Blatter worked hard to divert the 2006 World Cup to Germany at the expense of South Africa in order to satisfy UEFA countries and keep the FIFA presidency.

The vote to choose the hosts of the 2006 tournament involved four bidding nations: Germany, South Africa, England and Morocco. Morocco was eliminated from the first round.