Taroudant - A group of Moroccans lay face down in Udayas beach in Rabat, Morocco’s capital city, in a position similar to the image of the drowned Syrian toddler who was washed up in one of Turkey’s beaches last week. 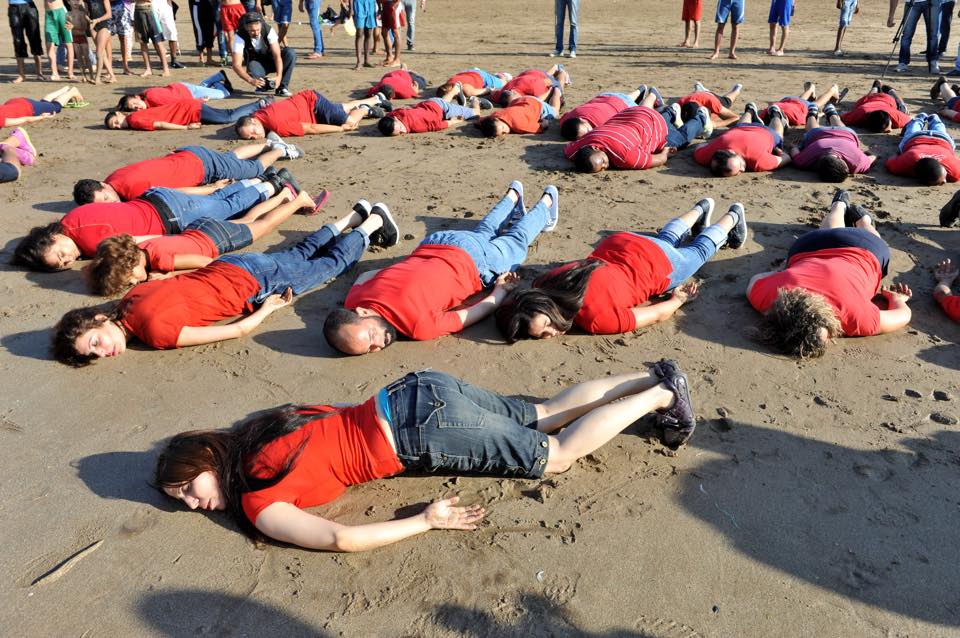 By
Larbi Arbaoui
-
Larbi is a freelance writer and assistant editor at Morocco World News.
Sep 8, 2015
Spread the love

Taroudant – A group of Moroccans lay face down in Udayas beach in Rabat, Morocco’s capital city, in a position similar to the image of the drowned Syrian toddler who was washed up in one of Turkey’s beaches last week. 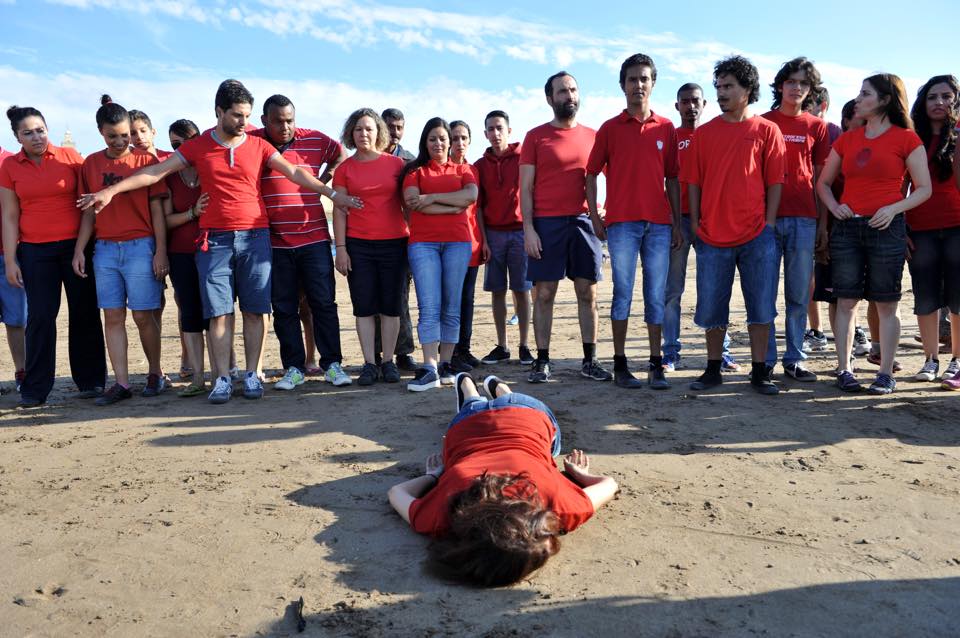 In an act of solidarity with the Syrian refugees, the Moroccans wore a bright red T-shirt and shorts, similar to those worn by the drowned little boy Aylan Kurdi, and lied face down for 15 minutes in the Udayas beach in Rabat.

“I have a heart for humanity. I think that, as an artist, it is my duty to respond and come here with my colleagues to say that a small gesture can mean too much,” said Latifa Ahrar, one of the organizers of this gathering. 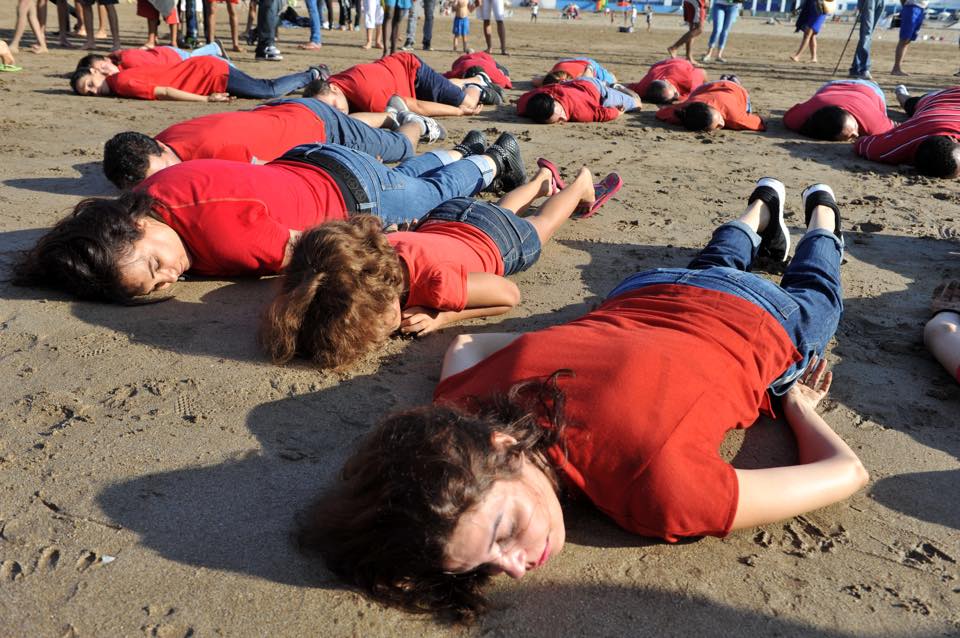 The image of the lifeless body of the little Syrian boy lying face down in the sand went viral on social media causing an uproar internationally.

At least 12 presumed Syrian refugees died trying to reach the Greek island of Kos, after their boat drowned. 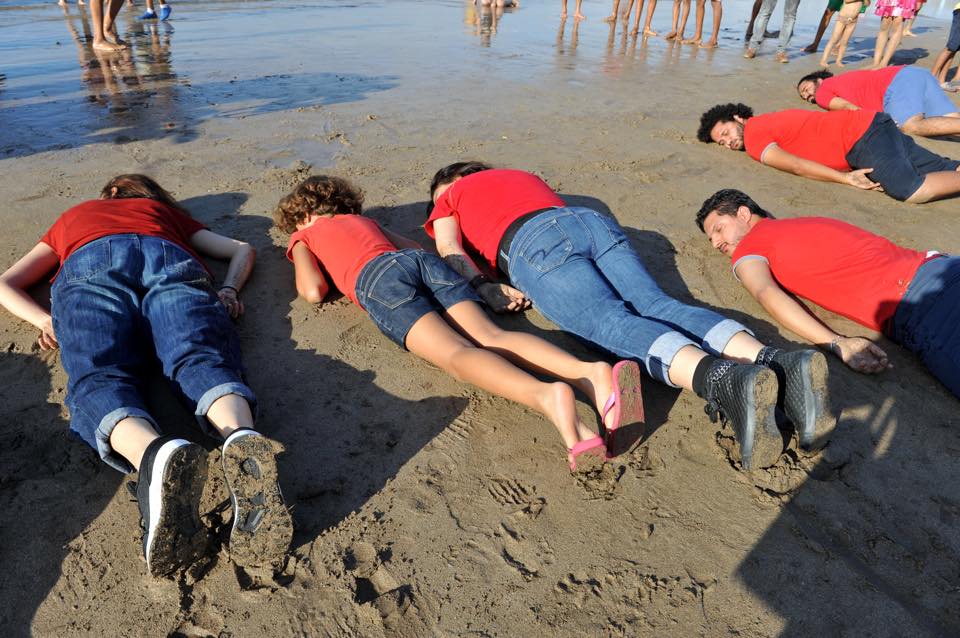