Rabat - French “journalist” Eric Laurent, who is facing extortion charges on accusations that he, along with Catherine Graciet, tried to blackmail King Mohammed VI of Morocco, said that his 'compromising' new book about the monarchy will be published. 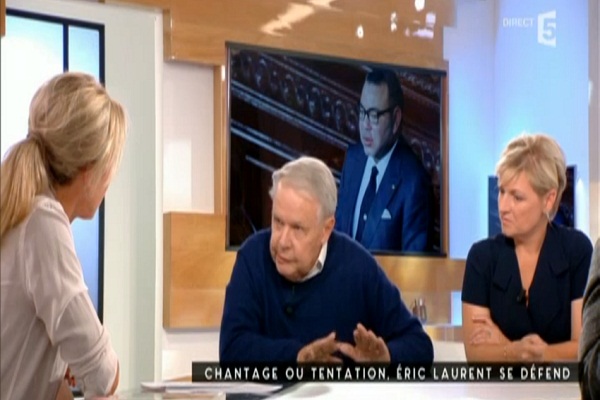 Rabat – French “journalist” Eric Laurent, who is facing extortion charges on accusations that he, along with Catherine Graciet, tried to blackmail King Mohammed VI of Morocco, said that his ‘compromising’ new book about the monarchy will be published.

Laurent said on France 5’s “C à Vous” that he will continue writing his next book about King Mohammed VI. “All documents will come out,” the 68-year-old said.

Laurent and Graciet are accused of demanding a whopping 3 million Euros to abstain from publishing a “critical” book about King Mohammed VI.

The two “journalists” were arrested as they left a restaurant in the French capital where they had a meeting with a representative of the Moroccan palace.

Both Laurent and Graciet have been charged with blackmail and extortion.

‘Editions Le Seuil’, the pair’s publishing house, also announced it would cancel the book publishing deal with the two journalists, saying the relationship of trust with them has been broken.