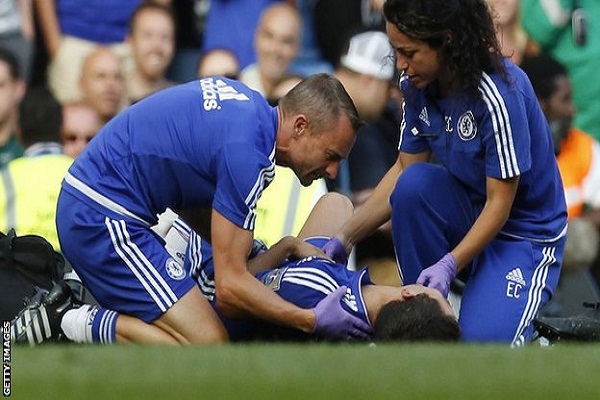 Carneiro, who joined Chelsea in 2009 as a reserve-team doctor, was banned from match-days bench by manager Jose Mourinho after she and physio Job Fearn ran on to the field to treat midfielder Eden Hazard against Swansea last month.

As a result, the Belgian player was forced off the pitch and left Chelsea down to only nine men after goalkeeper Thibaut Courtois was already sent off.

Speaking at football business conference Soccerex, O’Rourke added: “I don’t believe those medics should be following the game.

“In my view they have people on the pitch who are their patients. They should be following them only and not the ball,” she added.

Mourinho’s treatment of Carneiro and first-team physio Jon Fearn will be discussed by FIFA’s medical committee at a meeting on Sept 11.